After Nearly 25 Years, It’s time to Advocate for Consumption

There is so much good stuff to say about organic and conventional produce, from studies which clearly show the safety of both to decades of research that illustrate the disease-prevention aspects of these nutrient-dense foods.  Plus, farms and farming companies continue to develop innovative, convenient fruits and vegetables, which are helping to increase consumption.

But while we are making some headway, only one in 10 Americans eat enough produce according to the Centers for Disease Control.  Why?  Because barriers to consumption still exist. One of those barriers is safety fears generated by certain groups who inaccurately disparage the more affordable and accessible forms of produce.

Among the longest and biggest offenders comes from an activist group that annually releases its so-called “dirty dozen” list.  Since 1995, this group’s fear-based ‘marketing against’ tactic disparaging the most popular produce items has been used in an attempt to promote purchasing of organic products.

Look, we completely understand advocating for your members when the information is credible and the science is strong.  The AFF advocates on behalf of organic and conventional farmers of fruits and vegetables and the safety of their products every day.  But when you raise unfounded fears based upon unsupportable science about the only food group health experts universally agree we should eat more of, it is time to revisit your approach.  Especially when peer reviewed research is showing this tactic may result in low income consumers stating they are less likely to purchase any produce—organic or conventional—after learning about the “dirty dozen” list.

Put another way, according to these research findings, this activist group may actually be marketing against their own constituents’ organic products by releasing this list.

To summarize, the “dirty dozen” list is scientifically unsupportable, it may negatively impact consumers’ purchasing decisions, and it’s possibly even detrimental to the very products the list authors are trying to promote.   After almost 25 years, it is time to retire this tactic in favor of more creative “marketing for” strategies that encourage consumption and doesn’t scare consumers. 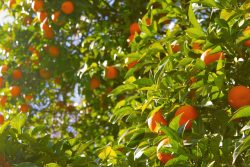 Alliance for Food and Farming Works Hard for the Produce Industry

Since 1989, the Alliance for Food and Farming based in Watsonville has constantly been on guard for the national produce industry. They fight against misinformation on conventional farming, all while supporting organic production.

Teresa Thorne has been with the Alliance since it began and now serves as Executive Director. She is assisted in all aspects of running the non-profit organization by Rosi Gong. These two women share respect and admiration for the farmers who work diligently every day to bring healthy fruits and vegetables to our table.

The Alliance is a nationwide organization representing growers and shippers in California, the Northwest, Texas, Florida, and other states.

Top of mind at the Alliance is the Environmental Working Group (EWG), which will soon release its Dirty Dozen list of popular fruit and vegetables that they deem the public should not eat due to crop protection material contamination. Furthermore, they recommend that consumers only eat organic food.

The EWG list has come out since 1995, and the Alliance has debunked it with facts.

“We work diligently to put factual information out, to help consumers make the right choices for their families in the produce aisle,” Thorne said. “For the EWG to call healthy and safe conventionally grown produce dirty is really unconscionable and has no scientific basis.”

The Alliance wants the consumer to choose what is affordable, choose what’s accessible and buy it where it’s most convenient but choose to eat more every day, for better health and longer life.

The EWG is incentivized to promote organics, and because they are a multi-million dollar organization, they are able to get to the press.

“We are not even close to the budget they have, and we are always puzzled and surprised when they constantly refer to us,” Thorne said.

In fact, the EWG always refers to the Alliance as a front group that represents big farmers who produce both organic and conventional fruits and vegetables.

“If you want to call us a front group for farmers, it’s okay. But to try and categorize us as this big organization, we’re not, but what we have on our side is science and experts in the areas of nutrition, farming, toxicology and risk analysis,” Thorne explained.

“It’s interesting that the EWG has never questioned our science, and they’ve never questioned any of the content on our website, www.safefruitsandveggies.com. And it’s largely because they can’t, so they’re only real road is to try and discredit the organization carrying it,” Thorne continued. “That’s why they make allegations of us being a front group. But they are very much incentivized to promote organics; there’s no doubt about it. And again, that’s why they’re a multi-million dollar organization, and has celebrities as their spokespersons, and we don’t.”

And of course it is okay to promote organic food, but not at the expense of conventionally-grown produce.

“We strongly advocate organic as well as conventional production. We’re advocates for all fruit and vegetable production,” Thorne said.

The Alliance is also an advocate for consumer choice in the marketplace for conventional or organic produce, whether you prefer to buy at your favorite warehouse store, small grocery store, or farmer’s market. The Alliance wants consumers to have the choice of fruits and vegetables no matter how it’s grown.

The Alliance also interacts with consumers on social media, and many are confused as what they should be eating.

“We see a lot of confused consumers in our social media, and many consumers go to our website and sign up for informational food safety emails from us,” Thorne said.

“And that’s why we try and provide information for consumers on our website from nutritionist about the importance of eating fruits and vegetables and from farmers about how they preserve food safety and really … [get] that message across,” Thorne said. “We want consumers to know that the farmer’s first consumer is their own family. So food safety is obviously a top priority for them.”

Social Media is Helpful in Agriculture

“We will follow what is happening in … social media—including Facebook, Twitter, LinkedIn and Pinterest—to get a feel for how consumers are talking about food,” Sims said.

Sims noticed that differences and similarities between organic and conventional crops are being discussed with consumers, emphasizing how safe both are.

“That’s the one that we can’t seem to get enough of,” she said.

They talk about the differences and similarities as far as organic and conventionally grown fruits and vegetables.

“We talk to consumers about how they’re equally safe and equally nutritious and that one is not superior to the other when it comes to food safety or nutrition,” Sims said. “If you have access to either, feel free to enjoy both in an equal way.”

I’m sure there’s much more to this than meets the eye – there always is. To the not-so-casual observer, the recent petition by 20 organic farm and consumer groups related to the National Organic Standards Board (NOSB) seems a bit hypocritical.

PR Newswire is reporting that 20 groups petitioned USDA Secretary Tom Vilsack “to protect the authority and permanence of the NOSB,” whatever that means.

Folks are apparently upset that the NOSB, created by Congress in the 1990 farm bill, does not have dictatorial control over organic policy and federal law. Instead, its stated purpose is to advise the USDA. Good enough.

Organic proponents apparently want their own control of all things organic, absent the kind of oversight conventional farming has.

Two of the petitioners include the Center for Food Safety and “Beyond Pesticides.” While the center’s name sounds sublime enough, the other group’s politics are front and center in the title.

It would seem that this petition is less about an egregious act committed by the USDA and more about fear mongering.

Can’t we all just grow up and have an adult conversation about food policy in America without the fifth-grade accusations?

Maybe America’s agricultural self-sufficiency breeds these kinds of ad hominem attacks that paint conventional farmers as evil and organic farmers as lazy. Isn’t there room at the dinner table for everyone, regardless of their chosen diet and the amount of money they choose to pay for produce?

The organic food industry certainly has a place in America’s free market. If people value what organic growers produce, they’ll buy it, plain and simple.

If folks choose to buy produce and meat produced conventionally, after it has been subjected to government oversight and inspection, then maybe I’m not going to worry so much about the chemicals used to kill pests in the California-grown tomatoes that become my bottle of catsup.

What does it matter if my Iowa-grown corn has a Bt gene in it that helps resist pests? Does it taste good and can I get it for a reasonable price?

American agriculture has too few people involved in it anymore for groups to balkanize each other and argue over issues that are inconsequential in the grand scheme of things.

Right now, nearly a million acres of farmland in California is fallow since the water which could have been used to irrigate a portion of that land was allowed unobstructed access to the Pacific Ocean during a severe drought. This happened since agriculture is not as politically effective as its antagonists. It’s really that simple.

Maybe it’s time for a little national pride in the fact we can produce 100 percent of our food needs in this country since we are blessed with the soil and climate and the technology to achieve it.

It sure beats the alternative of having to import much of our food supply because we can’t grow it ourselves.