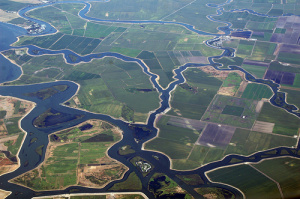 Nothing is more priceless and more worthy of preservation than the rich array of animal life with which our country has been blessed.”
-President Nixon, upon signing the Endangered Species Act

The Endangered Species Act of 1973 (ESA) was signed on December 28, 1973, according to the National Oceanic and Atmospheric Administration website and provides for the conservation of species that are endangered or threatened throughout all or a significant portion of their range, and the conservation of the ecosystems on which they depend. The ESA replaced the Endangered Species Conservation Act of 1969. Congress has amended the ESA several times.

The California Endangered Species Act (CESA), per the California Department of Fish and Wildlife, states that all native species of fishes, amphibians, reptiles, birds, mammals, invertebrates, and plants, and their habitats, threatened with extinction and those experiencing a significant decline which, if not halted, would lead to a threatened or endangered designation, will be protected or preserved. The California Department of Fish and Wildlife will work with all interested persons, agencies and organizations to protect and preserve such sensitive resources and their habitats.

Most Americans think the Endangered Species Act is outdated and needs to be revised, a survey by Morning Consult shows. The poll conducted in early August adds impetus to congressional efforts to overhaul the increasingly outdated 1970s-era statute.

“The intent of the Endangered Species Act is inspiring, but results have been less so,” American Farm Bureau President Bob Stallman said. “Farmers, ranchers and environmentalists agree that we must save wildlife facing preventable extinction, but the current recovery rate of less than 2 percent shows the law is a failure.

“Today, many landowners hesitate to establish habitat that would help endangered species. That’s so because the law itself makes it impractical for them to use their land once they have made the effort to help in the first place. The ESA can and must be modernized to protect endangered species and respect private property rights. Neither agriculture nor the endangered species have time to wait.” 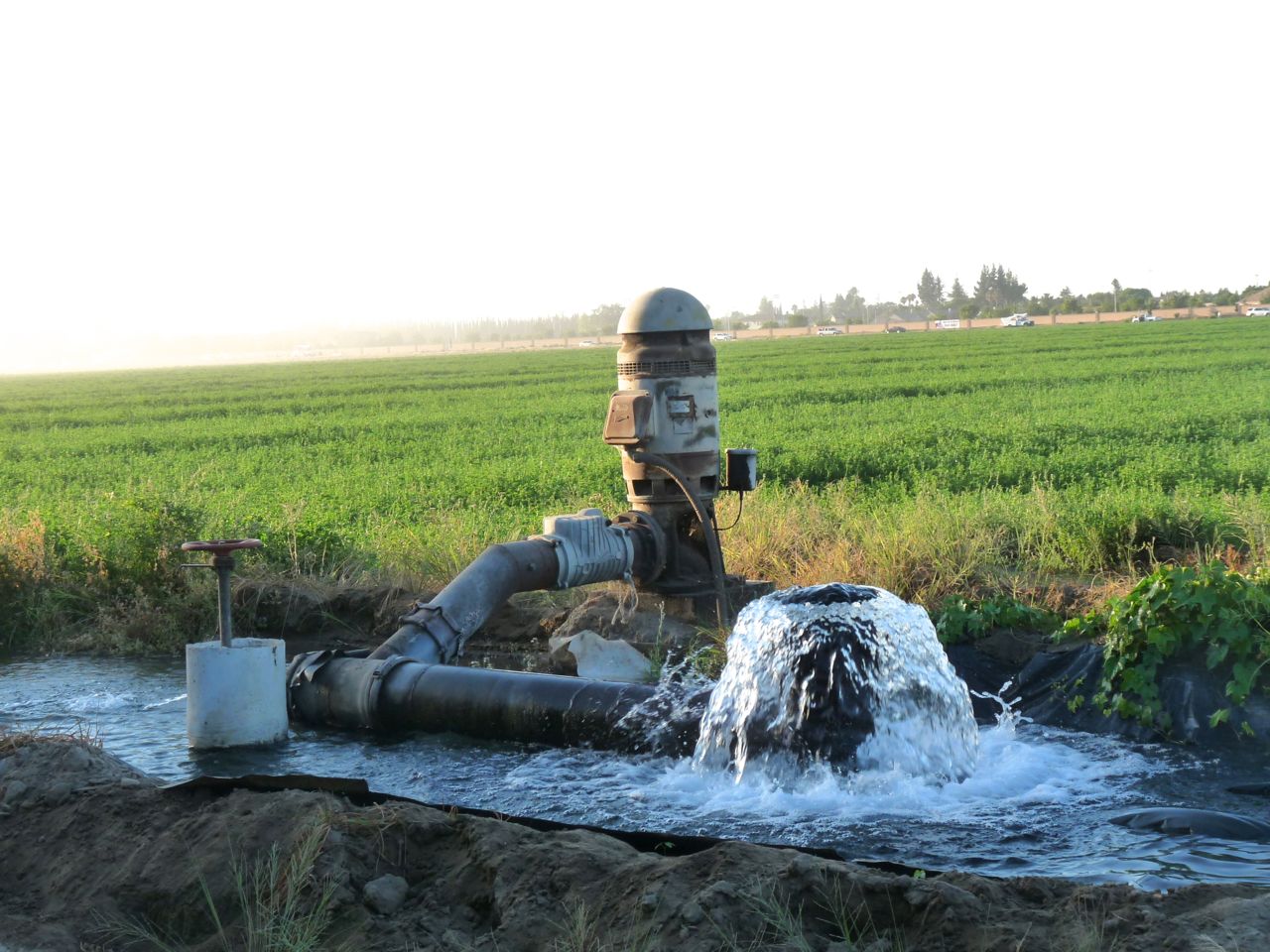 After enduring three of the driest years in state history, nothing could be more heartening to farmers and ranchers than the steady march of Pacific storms that reached California this month. But good news is tempered by the knowledge that a few strong downpours don’t translate into full reservoirs and abundant supplies — and the storms revived concern about how state and federal water systems manage storm flows in a drought year.

The state’s reservoirs stand at about 57 percent of average, slightly below this time a year ago and well below full capacity.

“We’ve had years past where rain and snow didn’t continue into the New Year,” said State Climatologist Mike Anderson, pointing to the moisture cutoff last January that assured shortages for farmers who rely on surface water deliveries from the state and federal water projects.

“So far this year, precipitation levels depend on where you are—north of a Bay Area-Tahoe line, precipitation is above average, but in the south, levels are actually below average,” Anderson said. “In addition, there’s also below-average snowpack across the entire Sierra Nevada.”

He said most of the storms so far this water year, which began Oct. 1, have been warm, meaning snow accumulations aren’t building the way water managers hope. Sierra snowpack currently is about 50 percent of average, he said.

While December storms dropped significant precipitation, the California Farm Water Coalition noted last week that many of the state’s agricultural customers in the federal Central Valley Project worry that this year’s zero deliveries of surface water will be repeated in 2015.

“In the last few weeks, hundreds of thousands of acre-feet of water were in the system at the same time delta pumps were almost completely shut down,” coalition Executive Director Mike Wade said.

As these storms have come in, Wade said the water storage situation is similar to what was seen a year ago—except the state’s reservoirs are now lower.

“It’s very frustrating to watch water flowing through the system without being captured,” he said. “We have constraints in the delta that hold down the amount of water we catch to the bare minimum because of protections for delta smelt.”

During the height of the stormwater pulse moving through the Sacramento-San Joaquin Delta last week, he said, less than 10 percent of the surge was captured for storage and use next summer.

The state Department of Water Resources and U.S. Bureau of Reclamation, in conjunction with the U.S. Fish and Wildlife Service, said last week they are experimenting with pumping reductions to prevent a “turbidity bridge” from occurring in the central and south delta. Delta smelt are attracted to turbid, or cloudy, water because it makes the tiny organisms it feeds on more visible and provides shelter from potential predators, such as non-native bass.

A spokeswoman for the Bureau of Reclamation, Erin Curtis, said the storms present challenges in operating the system “to balance the critical need to quickly increase water supplies south of the delta while being cautious to not trigger environmental restrictions that could constrain delta operations and ultimately reduce the overall supplies.”

Representatives of agricultural water users said they’ll be closely watching the results of the operational change.

“It will be interesting to see if this is a worthwhile new operating principle at the beginning of each season,” said Chris Scheuring, an environmental attorney for the California Farm Bureau Federation. “The downside is that it might turn out to be a waste of water.”

“Clearly there is risk associated with a decision like this,” Wade said. “We hope the risk pays off.”

Fresno County farmer Dan Errotabere said due to the “turbidity bridge” theory and the lack of water transfer from the delta into storage, there’s serious concern about water supply management on the part of San Joaquin Valley farmers who rely on the state and federal projects for water deliveries during the growing season.

“Managing water during a drought is critical,” Errotabere said, noting that he fallowed 1,200 acres this year. “We’re losing opportunities now and, if the available supplies aren’t managed to capture available water to the fullest extent, we may not see a water allocation for the next crop year.”

He said he’s grateful for recent rainfall that helped reduce the need for irrigation of his winter garlic and wheat crops. The rain also helps leach salt, which has built up in the soil due to the region’s widespread use of drip irrigation and saltier groundwater.

“We’ve got to get off the groundwater because of its lower quality,” said Errotabere, who is vice chairman of the CFBF Water Advisory Committee, “and we need legislation to make sure good-quality irrigation water is put into storage. The rainy days are slipping away and we may find there’s no more available water to capture.”

Vince Dykzeul, a diversified grower from Modesto, urged creation of new water storage to help water managers respond to the ebb and flow of storms.

“If it’s true the climate is changing,” Dykzeul said, “if we’re going to have larger storms and longer droughts, then we need more water in storage to respond to these changing conditions. Water storage increases system flexibility and, if done right, everybody wins from having more water available.”

He noted that his farming operation is particularly vulnerable to flooding.

“Without adequate infrastructure to control storm waters, that’s when we have trouble,” Dykzeul said. “Nobody wants to talk about managing flood while managing through a drought, but I know the benefit of keeping both sides of the coin in mind.”

Federal weather forecasters said last week they expect continued average to above-average rainfall across California during the next three months, predicting an easing—but not an end—to the severe drought of the past several years. There’s also a 65 percent chance of weak El Niño conditions developing in the Pacific Ocean, which could influence winter precipitation, although experts say “anomalies” in climate patterns create forecast uncertainties.

“It’s not likely the drought will be broken this year,” said Steve Baxter, a National Oceanic and Atmospheric Administration forecaster. “But it’s likely (California drought) conditions will improve.”

In the release, Jared Blumenfeld, EPA’s Regional Administrator for the Pacific Southwest, states, “Working closely with our state and federal partners, our joint efforts will protect salmon and steelhead trout while maintaining rice production in California. This action also supports EPA’s commitment to minimize pesticide pollution in the San Francisco Bay Delta.”

“This is a smart approach to pesticide use that includes important safeguards for protected fish while still allowing growers to care for their crops,” said Will Stelle, administrator of National Oceanic and Atmospheric Administration (NOAA Fisheries) West Coast Region, in the same release. “This demonstrates that we can find balanced and workable solutions through collaboration.”

The California Department of Pesticide Regulation (CDPR) established measures to protect salmon and steelhead trout based on proximity to endangered and threatened species habitat according to NOAA Fisheries geographic locations, as well as information and best management practices from the California Rice Commission and its grower members, plus the California Regional Water Quality Control Board – Central Valley Region. U.S. EPA and Valent, the manufacturer of the herbicide thiobencarb, also worked to put these restrictions in place.

“The positive approach we applied throughout development of the thiobencarb use conditions,” Firoved explained, “expanded into our interaction with the NOAA National Marine Fisheries Services (NMFS) as they researched and wrote the biological opinion (BiOp) for thiobencarb.”

Thiobencarb is a systemic, pre-emergence herbicide in liquid or a granular formulation that inhibits shoots of emerging weed seedlings. First registered for use on rice in 1982, thiobencarb is used to control grasses, sedge and broadleaf weeds in food crops such s rice (represents 95% of use), lettuce, celery, and endive. Thiobencarb, or Valent’s Bolero® UltraMax Herbicide, may be applied using ground spray equipment or by aircraft.

“The win for rice growers is that the farming practices developed over time are also protective of endangered species. We always assumed this to be the case, and entrusted the thiobencarb BiOp for confirmation.

Reflecting on the successful collaboration, Firoved stated, “We have no magic bullet, nor do we approach the issues with contention. Our perspective is that all participants around the table are looking for the same end result, no matter where they work.”

United States weather scientists have revealed California is coming off of its warmest winter on record, aggravating an enduring drought in the most populous US state.

The state had an average temperature of nine degrees Celsius for December, January and February, an increase from 5.8°C in 1980-81, the last hottest winter.

Reuters Newsagency reports that figure was more than four degrees Fahrenheit hotter than the 20th-century average in California, the National Oceanic and Atmospheric Administration (NOAA) said in a statement.

Warmer winters could make the already parched state even drier by making it less likely for snow to accumulate in the Sierra Nevada Mountains, NOAA spokesman Dr. Brady Phillips said.

“Winter is when states like California amass their main water budget, when snowpack is building,” said Dr Phillips, a marine biologist. “If you’re starting from a deficit and going into the dry season, it’s setting you up for a drier summer.”

Reuters reports California is in the grip of a three-year dry spell that threatens to have devastating effects on the state and beyond.

Farmers are considering idling 200,000 hectares of cropland, a loss of production that could cause billions of dollars in economic damage, and several small communities are at risk of running out of drinking water.

The state also recorded its driest winter to date by March, despite recent storms, with an average of 114mm of rainfall, compared to 297mm over the previous winter, NOAA said.

The agency is planning to release its spring outlook climate forecast tomorrow.

NOAA is an agency that enriches life through science. Their reach goes from the surface of the sun to the depths of the ocean floor as they work to keep citizens informed of the changing environment around them.