California gets hit the hardest when milk prices drop and it is the last state to recover from depressed dairy prices. The California dairy industry eagerly awaits a decision from the USDA regarding the move to a Federal Milk Marketing Order (FMMO). Chandler Goule, senior vice president of programs for the National Farmers Union, believes the state will gain from moving to FMMO.

“I think it will definitely be a win for the dairy industry,” said Goule, “and for our dairymen out there.” Goule anticipates increased participation in the margin revenue program that was incorporated into the FMMO.

Should the USDA hand down a positive determination, the move to a federal order would require a 2/3 majority vote from California dairy producers. “With California being so far from the corn and grain belt, even though you all produce a lot of food in California, it’s not necessarily feed additives for livestock,” Goule remarked.

Unfortunately, the FMMO has a much better chance of being voted in during a time when milk prices are low, according to Goule, as high milk prices may lessen voter turnout and sense of urgency. 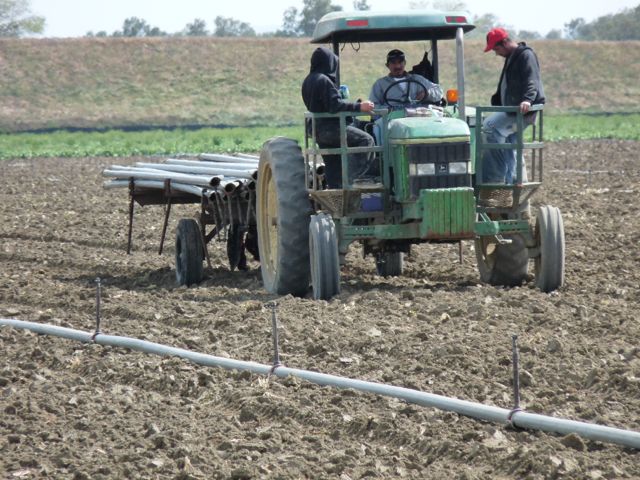 A coalition of major farm organizations and agriculture technology providers (ATPs) announced an agreement on data privacy and security principles that will encourage the use and development of a full range of innovative, technology-driven tools and services to boost the productivity, efficiency and profitability of American agriculture.

“The principles released today provide a measure of needed certainty to farmers regarding the protection of their data,” said American Farm Bureau President Bob Stallman. “Farmers using these technology-driven tools will help feed a growing world while also providing quantifiable environmental benefits. These principles are meant to be inclusive and we hope other farm organizations and ATPs join this collaborative effort in protecting farm-level data as well as educating farmers about this revolutionary technology.”

The principles promise to greatly accelerate the move to the next generation of agricultural data technology, which includes in-cab displays, mobile devices and wireless-enabled precision agriculture that has already begun to boost farm productivity across the United States.

Central to the effort surrounding the principles will be grower education initiatives that will include an easy-to-use transparency evaluation tool for farmers. The tool would allow farmers to compare and contrast specific issues within ATP contracts and to see how the contracts align with these agreed-upon principles, and how ATPs manage and use farmers’ data.

“The privacy and security principles that underpin these emerging technologies, whether related to how data is gathered, protected and shared, must be transparent and secure. On this matter, we all agree,” said Stallman. “Farmers are excited about this new technology front, which is why Farm Bureau asked these groups to come together and begin this collaborative dialogue.”

The principles cover a wide range of issues that must be addressed before most farmers will feel assured to share their private business information with data providers. Highlights include:

Privacy and Security Principles for Farm Data can be found here: http://bit.ly/1zjQ4Sk. 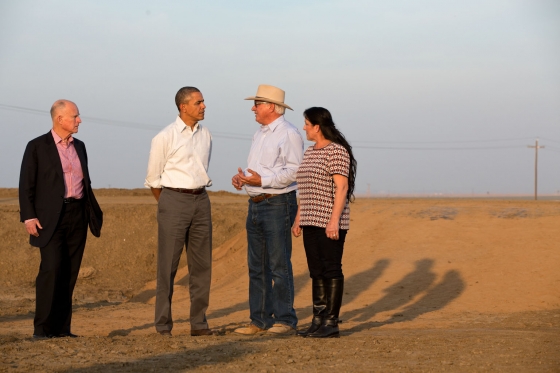 Despite producing mixed results for sustainable agriculture interests, President Obama’s 2015 budget request is an encouraging sign that the federal government is getting serious about climate change, and particularly about adapting to its impacts.

The President’s proposal includes a $1 billion dollar Climate Resilience Fund, which is intended to strengthen preparedness of states and communities for increasingly extreme weather like floods, droughts, and wildfires.

The fund would support investment in research, technologies, and infrastructure across numerous agencies and sectors, including agriculture.

Word of the fund first came out in February, when Obama met with growers and ranchers in the San Joaquin Valley, the heart of drought-stricken California.

While touring the farm of Joe and Maria Del Bosque, who have fallowed their melon fields due to water shortages, the President emphasized the role federal support could play in alleviating drought impacts and preparing for the future.

“A changing climate means that weather-related disasters like droughts, wildfires, storms, and floods are potentially going to be costlier,” he noted, “And they’re going to be harsher.”

More and more, the President’s administration seems to be acknowledging the link between climate change and adaptation needs in agriculture.

Last month’s visit from the President followed close behind Agriculture Secretary Tom Vilsack’s announcement that the USDA will be launching seven ‘Climate Hubs’ across the country, intended to “deliver science-based knowledge and practical information to farmers, ranchers and forest landowners within each region of the United States to support decision-making related to climate change.” (See the USDA fact sheet).

It is uncertain exactly how the Climate Hubs will be funded, however, and USDA Climate Change Program Office Director Bill Hohenstein has declined to comment on the overall estimated costs of the program.

Meanwhile, the 2015 budget request for USDA comes in at $23 billion – about a billion dollars below FY2014 levels. The Climate Resilience Fund is an obvious place to provide needed financial support to the Climate Hubs, but it remains unclear as to whether the President intends for the Fund to provide that support, and also whether Congress will approve the expenditure.

Despite these uncertainties, National Farmers Union President Roger Johnson has voiced his support for Obama’s budget plan, saying, “The President’s proposed Climate Resilience Fund will provide farmers and ranchers with much-needed assistance after extreme weather events, which are occurring with increasing frequency.”

A growing acknowledgement of the link between climate change and agriculture on a federal level is heartening, to be sure, but it is worth noting that the budget plan leaves significant room for improvement with regard to sustainable ag programs more generally.

For a full overview of what the budget request means for sustainable ag interests, click here.

The California Climate and Agriculture Network (CalCAN) brings a sustainable agricultural perspective to climate change and agriculture policy. Their efforts are aimed at increasing funding for research, technical assistance and financial incentives for farmers whose practices reduce GHG emissions, sequester carbon, and provide many environmental co-benefits.