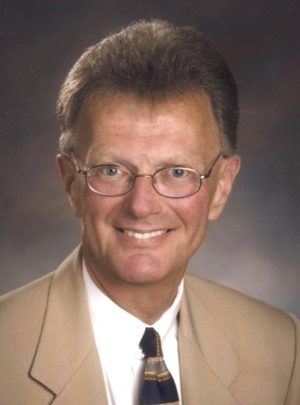 California Walnut Board To Raise Assessment for Domestic Marketing

Balint: This proposed rule would implement a recommendation from the California Walnut Board (Board) to increase the assessment rate established for the 2016-17 year and subsequent marketing years from $0.0379 to $0.0465 per kernel pound weight of assessable walnuts.

The Board, comprised of growers and handlers of walnuts operating within the area of production, locally administers the marketing order. Assessments upon walnut handlers are used by the Board to fund reasonable and necessary expenses of the program. The marketing year begins September 1 and ends August 31. The assessment rate would remain in effect indefinitely unless modified, suspended, or terminated.

The Board derived the recommended assessment rate by dividing anticipated assessment revenue needed by estimated shipments of California walnuts “certified as merchantable.” The 553,000-ton (inshell) estimate for merchantable shipments is an average of shipments during three prior years.

CAT: So the Walnut Board needs to raise the assessment to generate more dollars in order to maintain the aggressive domestic marketing program the Board did last year?

Balint: We raised the assessment rate to satisfy the programs the Board wanted us to execute. Last marketing year, we did the first substantial marketing campaign in the domestic market. This year, we are repeating the program. The advertising is nearly identical; however, we did have a few new executions for print. Some of the details on the PR side are different. But essentially, it’s the same plan and the same budget.

CAT: Like last year, will this year be a multi-million dollar campaign to really get walnuts on the radar screen for all U.S. consumers?

In the long term, getting new users is critically important. The point we’re trying to make is, no one buys things basically just for price. If they’re already using walnuts, we hope they will buy more if the price is lower.

CAT: And for the people who are not buying walnuts?

Balint: Long term, getting people who are not using walnuts to start using them is the way for our industry to get stronger. Of the people who buy walnuts, about 87% buy them because they know walnuts are healthy. That’s their primary motivation.

CAT: You have spun out beautiful ads about how walnuts can enhance salads and enhance meals.

Balint: The print campaign this season is just a slightly different execution of last season’s campaign, but it is the same strategy.

CAT: And television can be very expensive?

Balint: It is, and it forces us to make choices; whereas, in print we have an array of print ads that cover an array of uses: salads, vegetable side dishes, entrees, appetizers, snacking out-of-hand. The theory is, if you have two or three pounds of walnuts in your pantry and you use them for a salad, you will wind up snacking on them.

CAT: How about digital ads on websites such as the Food Network?

Balint: When you look at the cost of digital, it is cheaper than television, for sure.

CAT: Do you know the value of different mediums?

Balint: Frankly, I don’t think anybody wants to quantify it. It would be very difficult to get everyone to agree.

CAT: But digital seems to be getting more eyes than television.

Balint: The digital people certainly know that they are getting a bigger and bigger slice of the pie.

CAT: Is the consumption of walnuts in the U.S. still flat?

Balint: It has been. We have not seen the latest figures, but [consumption] has been flat probably for 10 years. If you look at the nut category this past year, the usage of nuts was generally down, but we saw a slight increase in walnuts.

CAT: Back to the Board’s proposed assessment increase; is it on the Federal Register and people can go there and make comments?

Balint: Yes, that’s correct, and the marketing order gives the Walnut Board the right to do these things. And, similar to the Almond Board’s recent proposed assessment increase, it doesn’t have to go to a referendum. 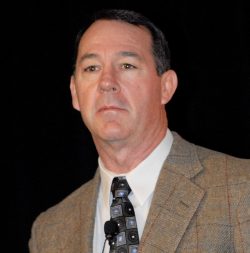 Editor’s note: We thank Mike Mason for his contribution to California Ag Today’s CULTIVATING COMMON GROUND, in response to the letter submitted by John Harris.

By Mike Mason, chairman of the Board of Directors, Almond Board of California

Over the history of this [almond] marketing order, assessments have risen and fallen to meet changing business conditions. This increase was voted on by the Board of Directors after much input from growers and handlers.  After the vote, the industry had an opportunity to weigh in again during a USDA-administered comment period.  They will get another chance during a second comment period.

Only after growers have had all of these opportunities to voice their opinions will the USDA make a final decision on the assessment.

The Almond Board of Directors welcomes your feedback and is available to discuss any questions you may have about the critical investments and justification for this assessment increase.

Below you will see a memo I sent to the industry, dated April 14 2016.  It covers why and how the assessment is needed and will be used.

Mike Mason is a first generation almond farmer and partner of Supreme Almonds of California, a family owned and operated almond handling operation in Shafter. He is also the Chairman of the Board of Directors of the Almond Board of California.

To: Almond Handlers and Growers

From: Mike Mason, Chairman of the Board of Directors, and

Kent Stenderup, Vice Chairman of the Board of Directors

Re: Almond Board of California FY 16/17 Budget and Assessment Increase

On April 12, the Board of Directors met to review the program and budget recommendations coming forward as a result of the extensive strategic planning efforts which have taken place over the past year.

The Board unanimously agreed to recommend a budget for FY 16/17 with an increase of the assessment from 3 cents per pound to 4 cents for a three year period. The increase is limited to three years due to the expectation that almond production will increase significantly during that time period thereby providing additional funding. This decision was made after extensive dialog among Board members as well as outreach between Board members and Handlers and Growers in the almond community.

There are three principal reasons the Board determined an assessment increase was needed. They are:

This substantial volume increase is nearly as much as our largest market currently consumes, and is more than the consumption of our four largest export markets combined. This will require doing more of what has been working, as well as implementing innovative new marketing programs.

To plan for and address these challenges, your Board of Directors has worked across the Environmental, Production Research, Almond Quality, Technical and Regulatory, and Global Market Development Committees to develop a plan of action. This plan is a two pronged approach including investment in research, via the Accelerated Innovation Management or AIM program (launched at our annual conference), and global marketing:

Your Board of Directors welcomes your feedback and is available to discuss questions you may have about the critical investments and justification for this assessment increase. The assessment increase will be reviewed by the USDA and an opportunity for public comment will be provided before any change is implemented.

To read the original post to which the Almond Board is responding, go to: CULTIVATING COMMON GROUND: Almond Growers on Assessment Increase, by John Harris. 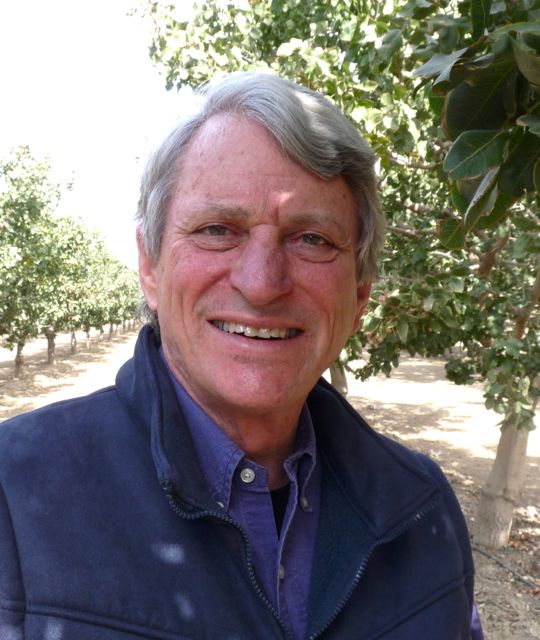 Marketing orders give agriculture a great tool to collect fees from producers to promote products and/or conduct research projects.  The concept is great, and increasing demand is always good. To be successful, the plan needs to be affordable and explained so it is understood and backed by a big majority of the producers.  I am concerned the Almond Board’s recent assessment increase from 3 to 4 cents a pound—in the absence of an almond producer vote—is unwise.

At the current rate of 3 cents per pound, money raised will increase as production increases, which seem fairly certain.  Plus, the fund receives significant help from a government program to encourage exports.  A year or so ago, almond growers were doing really well, when many sales were exceeded $4 a pound.  But last fall prices dropped significantly, in some cases to the $2 range. This loss in revenue made it tougher for almond growers to break even. A grower producing 2,500 pounds per acre is now paying $75 per acre in assessments; under the new plan it would increase to $100 per acre.

To get feedback from growers, the USDA published a request for comments. The comment period opened on July 18 and closed on August 2. But the industry was not notified until July 27. I commented at the time that I was not in favor of the assessment without full knowledge of the purpose of the extra money. I am certain many growers have an opinion on this, but only five comments were submitted. I think most growers did not realize both the assessment increase was under discussion and a producer vote would not be forthcoming.

The time frame for comments was alarmingly short; however, the USDA has decided to reopen the comment period for 10 days.  The reopening of the comment period is expected to be announced within the next two weeks and will be communicated immediately to the industry once it is published in the Federal Register.

I urge all producers to take a good look at the proposal and voice your opinions.

This link will take you to the almond assessment comment page: https://www.regulations.gov/docket?D=AMS-SC-16-0045.

There should be more of a democratic process. I think this proposed assessment increase needs to go to a vote among the growers affected by it and should require strong approval by at least 51 percent of the growers representing 60 percent of the production. We don’t want to micromanage the Board’s process, but large changes like this assessment increase should demand some form of referendum.

I also think everyone would like to know how the millions of extra dollars collected would be used.

And, of course I think the industry deserves more awareness of this proposed increase in assessment. I do not hear people talking about it; many growers may not even learn about the extra assessment until they get their check from their handler next year. I think all almond growers need to know this is happening now and not be surprised next year.

If I asked my boss for a 33% raise, I believe the onus would be on me to sell the idea and win support, rather than just push it through providing little information to the guy who would be paying me.

If the Almond Board is increasing their budget by 33%, shouldn’t the burden be placed on the Board to win the support of growers?  I would think they would communicate a clear plan on how to spend the enormous increase—a strong and strategic plan—they would be eager and proud to share with growers and handlers.

To increase any tax/assessment, the logical thought process should be, “No, unless proven to be needed, supported, and affordable,” instead of defaulting to, “Increase the tax unless we get stopped.”

The Harris Family’s commitment to agriculture spans over 100 years, four generations, and four states, from Mississippi, to Texas, to Arizona, and eventually into California.

J. A. Harris and his wife, Kate, arrived in California’s Imperial Valley in 1916 to start one of California’s first cotton gins and cotton seed oil mills. They later moved to the San Joaquin Valley and began farming there.

In 1937, their only son, Jack, and his wife Teresa, began what is now known as Harris Ranch, starting with a previously unfarmed 320 acres of desert land on the Valley’s Western edge. With vision and determination, Harris Ranch has grown into the most integrated, diversified, and one of the largest agribusinesses in the United States.