Earlier this week, the proposed ballot measure was approved by Attorney General Kamala Harris, opening the door to begin signature-gathering efforts with initiative supporters. Since the measure’s approval, CalWA has received an overwhelming amount of support and requests for petitions to circulate.

Electronic copies of the petition are not available, as use of them would disqualify the signatures gathered. Requests for petitions may be made online at www.CaWater4All.com. CalWA will begin mailing petitions on Friday, January 29.

A second signature drive is being scheduled February 9-11, 2016, at the World Ag Expo in Tulare. More information on this event will be available on the CaWater4All website.

The California Water Alliance is a statewide nonprofit organization dedicated to raising awareness about the nature of water and promoting long-term, sustainable solutions that meet the health and security needs of families, cities, businesses, farmers and the environment. 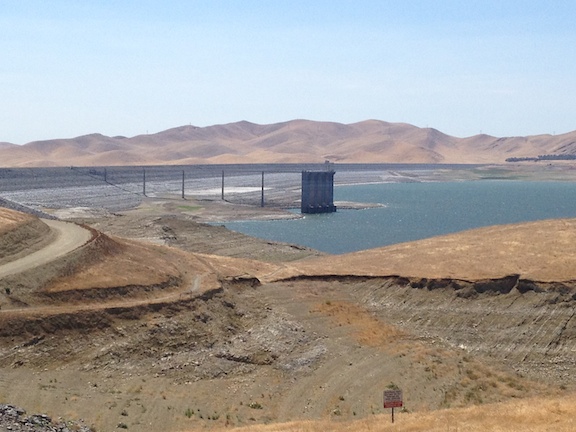 The Attorney General of California, Kamala Harris, has prepared the following title and summary of the chief purpose and points of the proposed water initiative:

Removes requirement that water storage projects funded by the $2.7 billion amount also benefit the environment. Creates new State Water and Groundwater Storage Facilities Authority to choose the projects to be funded by reallocated bond amounts. Summary of estimate by Legislative Analyst and Director of Finance of fiscal impact on state and local government:

No significant increase or decrease in the state’s anticipated debt payments from the redirection of up to $10.7 billion in bonds from previously approved measures, assuming these bonds would have been sold in the future absent this measure. Unknown net fiscal effects on state and local governments due to measure’s changes to how water is prioritized in the State Constitution, as well as potential changes to funding levels available for capital projects.

“It’s a rare chance for the people of California to tell the state to get its priorities straight,” Bettencourt said. “High-speed rail is an unpopular boondoggle and a reliable water supply means more to the people and economy of this state in light of the current drought than ever before. Californians want to prepare the state for inevitable new droughts yet to come.”

Bettencourt emphasized that adding more storage to the state and federal water project systems will benefit more than just people and food producers, it will mean that wildlife refuges and habitats throughout the state will benefit from additional water when new droughts inevitably arrive. “The measure will give the system more operational flexibility and more options,” she said.

The California Water Alliance is a statewide nonprofit organization dedicated to raising awareness about the nature of water and promoting long-term, sustainable solutions that meet the health and security needs of families, cities, businesses, farmers and the environment.

In its report to Attorney General Harris, the Legislative Analyst’s Office (LAO) found that the water priorities ballot measure “would not significantly increase or decrease the state’s anticipated debt payments.”

“We are pleased that the LAO agrees that our measure performs as we intended and has no undesirable fiscal effects,” said Bettencourt. “From the outset, we wrote it to avoid any new taxes, new debt, new user fees, or other costs to the state’s taxpayers.”

The measure would redirect up to $10.7 billion in previously-authorized High-Speed Rail Project and 2014 Water Bond general obligation bond authority to fund construction of specific water-storage related projects throughout the state and amend the state’s constitution to prioritize uses of water, putting people’s needs first.

By helping to solve California’s water storage infrastructure needs, the initiative would remove unspent bond funds from the High-Speed Rail Project approved by voters in 2008, now listed as the least important infrastructure priority according to the recent Stanford Golden State Poll. Dealing with the state’s water problems is the majority of voters’ top priority, according to the same poll.

CalWA sponsored the measure with State Senator Bob Huff and Board of Equalization Vice-Chair George Runner, its proponents.

The LAO also found the net effect of the measure on federal funds and its impact on state and local governments were unknown. The LAO also reported the measure could cause unknowable changes in other state capital projects.

Bettencourt said that Attorney General Harris is expected to finish her review within a week and release an official title and summary for the measure, the first step in circulating petitions to qualify the measure for placement on November’s ballot.

“The people of California will be given the ability to reprioritize the state’s direction for the needs of today—from a high speed train to water storage,”  Bettencourt said. “They will soon be able to sign the measure’s petition and help us in our efforts to qualify this important initiative measure for a vote of the people,” she concluded.

The California Water Alliance is a statewide nonprofit organization dedicated to raising awareness about the nature of water and promoting long-term, sustainable solutions that meet the health and security needs of families, cities, businesses, farmers and the environment. To learn more, visit www.CaliforniaWaterAlliance.org.