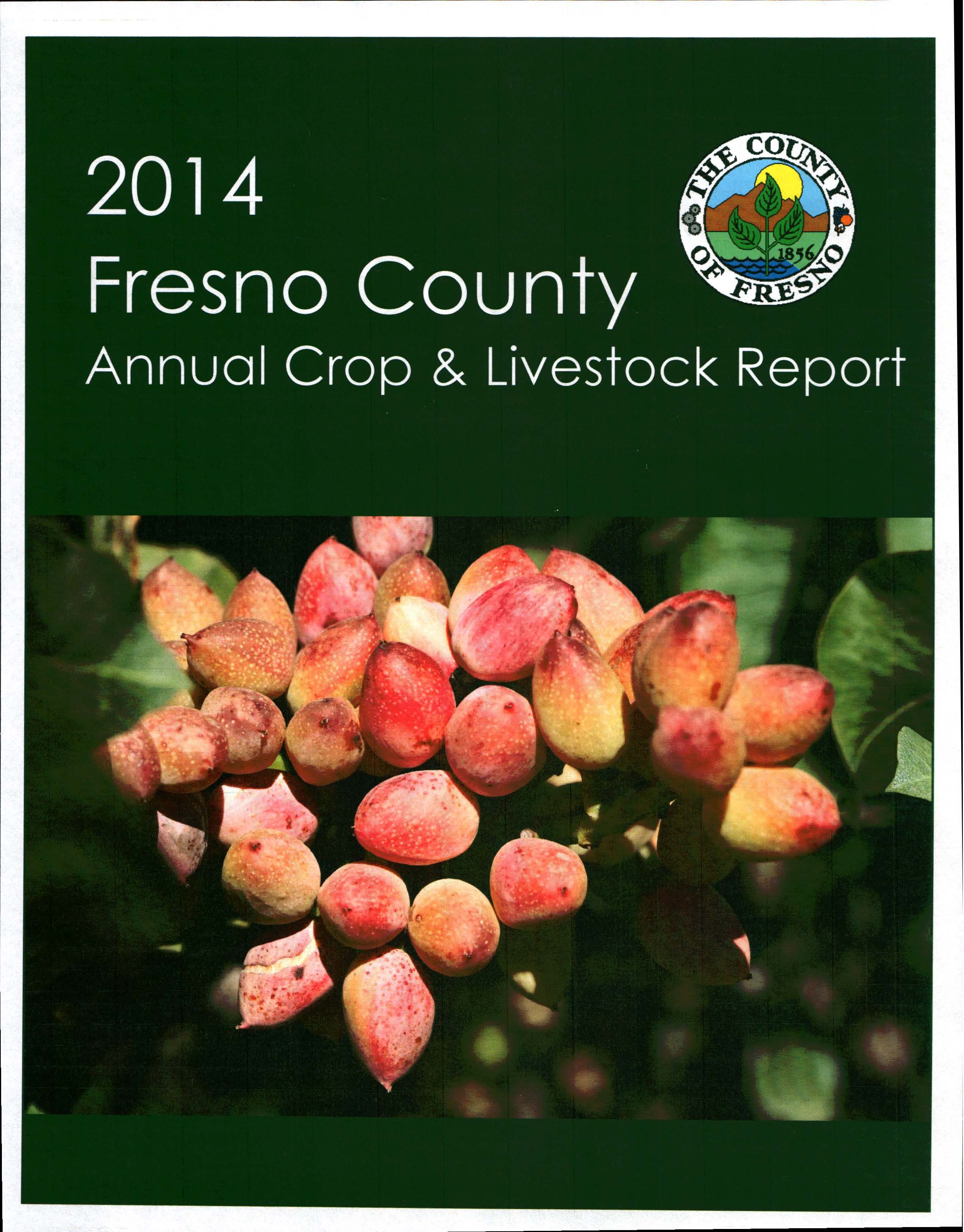 It is my pleasure to submit the 2014 Fresno County Agricultural Crop and Livestock Report. This report is produced in accordance with Sections 2272 and 2279 of the California Food and Agriculture Code, and summarizes the acreage, production, and value of Fresno County’s agricultural products. The figures contained herein represent gross returns to the producer, and do not reflect actual net profit.

Increases were seen in:

I would like to express my appreciation to the many producers, processors, and agencies, both private and public, who supported our efforts in producing this report. I would also like to thank all my staff, especially Fred Rinder, Scotti Walker, Angel Gibson, Vera Scott-Slater, and Billy Hopper. Without their hard work and valuable input this report would not be possible.

Pistachios, featured on the cover of the 2014 Fresno County Crop Report, were Fresno County’s seventh top crop last year, with a value of nearly $380 million dollars.

Also included in the report was this quote from President John F. Kennedy:

Our farmers deserve praise, not condemnation; and their efficiency should be cause for gratitude, not something for which they are penalized.