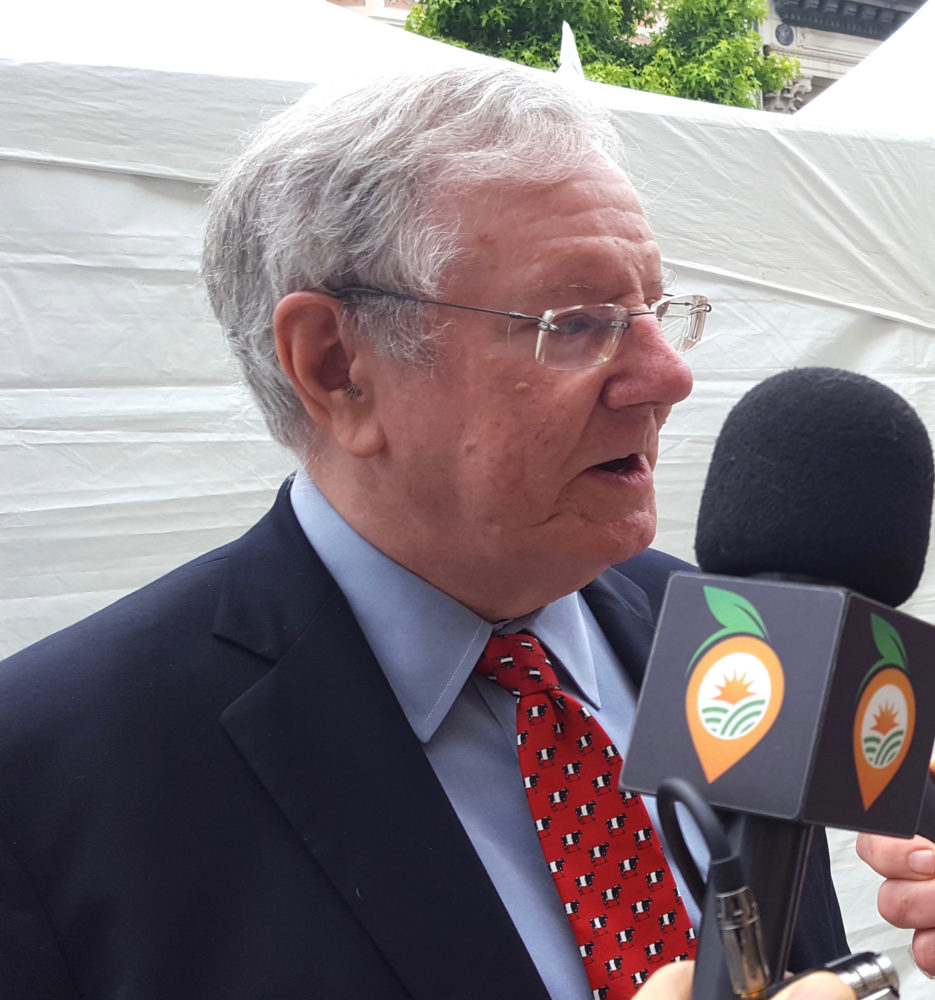 Forbes Chairman Has Suggestions to Help

Water and labor are major agricultural issues in California. California Ag Today recently spoke with Steve Forbes, chairman and editor in chief of Forbes Media, about the topics.

“I think that the more people are realizing the enormous opportunities of technology in agriculture. They think that it is going to get better and better in the future,” Forbes said.“Everything from reservoirs to desalination plants should be modeled after Israel. They have been building desalination plants because Israel is in a desert where they have been getting rainfall.”

“This is a very sophisticated use of water in agriculture where they are a real global power,” Forbes said.

Today, Israel uses 10 percent less water as a whole, not per capita, than they did 70 years ago despite the economy being 60 times larger.

“We are hurting ourselves, our food production, not just in agriculture but construction as well,” he said.

Forbes said we should recycle the programs that we once had, programs where returning people come in for specific time periods for specific jobs. This would help prevent the illegal immigrant problem because workers know they can come back.

On another note, he discussed the current trade war that the U.S. is in with China.

“If you hear 10 percent tariff on aluminum, that’s a 10 percent sales tax; put it that way and people’s eyes go up and they get it right away,” Forbes said.

“Everyone knows from the disaster and the depression of the 1930s what trade wars can lead to,” Forbes said.

Forbes also explained that GMOs greatly benefit producers and should not be attacked as harmful to consumers.

“GMOs have been studied fairly well, and they are making food more plentiful. It makes food a safer in terms that you don’t have to use as many pesticides,” he said. “GMOs make a better use of water, and there is a lot less loss to diseases and insects. We are using human ingenuity to make the human condition better.” 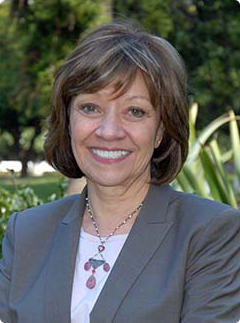 Following the opening of the Carlsbad Desalination Plant near San Diego, the largest seawater desalination plant in the Western Hemisphere, CalAgToday asked CDFA Secretary Karen Ross if she views desalination as a possible solution to the drought-induced water reductions in California.

“Desalination is an important part of the solution,” answered Ross. “Israel has really advanced this technology and there is much for us to learn about its use from Israel.”

Israel has had great success in battling drought by building many desalination plants along the Mediterranean Sea. The plants provide fresh desal water to the cities, which is used, cleaned and recycled for use on the country’s farms.

Ross continued, “I am especially optimistic about the use of practical smaller-scale desal projects to reuse our brackish water—the more inland saline water. Our researchers can use this technology to help us solve the ‘brine waste’ problem; it will absolutely be part of our new water picture. There is no single solution to our water picture, and I think we need to look to Israel to learn from their experiences as well.”

“’There is, no doubt, a cost to this new technology, but by figuring out the technology and foçusing on smaller scale projects, we should be able to scale this up to a point that will make it cost-effective,” said Ross. “Let’s face it, the value of the water it brings back for reuse is potentially going to change the price we all pay for it. But we really need to focus on improving this technology and getting those costs down as much as we possibly can.”

“The Carlsbad plant is a billion dollar investment, which is overwhelming and intimidating,” said Ross. “But when we amortize the cost and calculate what it means per household, this investment represents a very important source of supplemental water that also gives us some flexibility and resiliency for the next drought, and the one after that. Our circumstances are different than ten or twenty years ago, so the costs pencil out in a different way.”

The Claude “Bud” Lewis Carlsbad Desalination Plant is a 50 million gallon per day (56,000 acre-feet per year (AFY)) seawater desalination plant located adjacent to the Encina Power Station in Carlsbad, California. Desalination has evolved into a desirable water supply alternative by tapping the largest reservoir in the world – the Pacific Ocean. The technology, available for decades, is at work in many arid areas of the world including the Middle East, the Mediterranean and the Caribbean. A 30-year Water Purchase Agreement is in place between the San Diego County Water Authority and Poseidon Water for the entire output of the plant. The plant has been delivering water to the businesses and residents of San Diego County since December 2015.

Poseidon Water, the developer and owner of the Claude “Bud” Lewis Carlsbad Desalination Plant, is a privately held company that develops and invests in water projects throughout North America. Poseidon offers customized solutions to meet the water needs of municipal governments, businesses and industrial clients.

The Huntington Beach Desalination Project is also a 50-million gallon per day facility currently in late-stage development, also by Poseidon Water. Located adjacent to the AES Huntington Beach Power Station, the plant is scheduled to be operational by 2018.