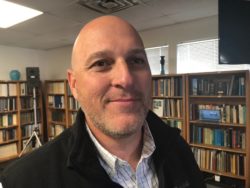 The Sustainable Groundwater Management Act (SGMA) empowers local agencies to adopt groundwater management plans that are customized to the resources and needs of their communities. All such designated groundwater sustainability agencies (GSAs) in the State’s high- and medium-priority groundwater basins and subbasins must be identified by June 30, 2017.

A GSA is responsible for developing and implementing a groundwater sustainability plan (GSP) to meet the sustainability goal of the basin to ensure that it is operated within its sustainable yield, without causing undesirable results. The GSP Emergency Regulations for evaluating GSPs, the implementation of GSPs, and coordination agreements were adopted by DWR and approved by the California Water Commission on May 18, 2016.

“We’re coming down to the wire pretty quickly,” commented Norm Groot, executive director of the Monterey County Farm Bureau in Salinas. “We’re moving forward with our SGMA implementation and moving closer to a proposal for our groundwater sustainability agency. We hope to have something presentable to the public entities sometime this fall.”

“We are meeting with stakeholders in the Valley and hopefully we can move forward with some of the solidification of the proposals and get into the nitty-gritty details of how to work that particular agency through the process,” Groot continued. “We have options to either take an agency that we have here in our county and rework it legislatively, or perhaps create a brand new agency. It just depends on the complexities of that particular issue based on the proposal that we come up with,” said Groot.

Groot noted local agricultural leaders have proposals on the table and various different options are under consideration. “The complexity of reworking an existing agency through a legislative process is rather daunting,” explained Groot. “The complexity of creating a new agency from the scratch is also very daunting and probably very expensive.”

Certainly any of these proposals under scrutiny will not be approved overnight. “It’s going to take some thought; some time, effort, and energy; and definitely some money to do,” said Groot.