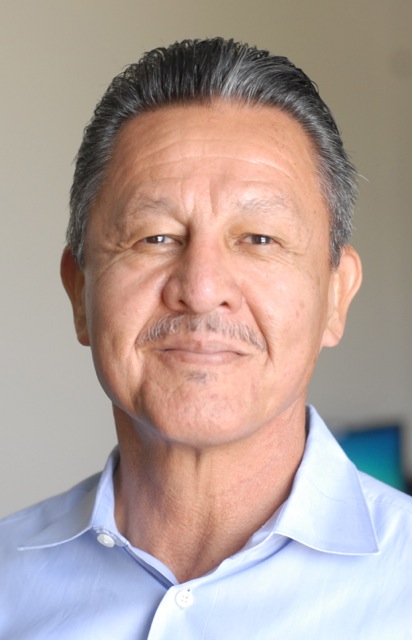 California Ag Today interviewed Henry Gonzales, Ventura County Ag Commissioner, who has served in that post for 7 years. His unique story begins with his birth in Fresno and his work in the California fields at an early age.

Gonzales: My parents were migrant farmworkers, and back in the day, there was no day care for us, so they took us to the fields with them. I like to think I my career started in agriculture when I was old enough to pick up a plum and put it in their basket. We worked a lot in the Fresno area, but also in the San Jose area and Imperial County, following the crops as most migrant farmers do.

CalAgToday: You started working as a child, and what happened next? Did you and your family continue as a farmworkers?

CalAgToday: So, when you were 13, you went off on your own?

Gonzales: Yes, when I was 13, I did what I thought I should do—work under my own social security card. I started working in the fields around Salinas. I was actually in the same lettuce harvesting crew with my grandfather who was 69 at the time.

CalAgToday: Well, Henry, walk me through it. How many years did you work with your grandfather?

Gonzales: I worked every summer and weekends since I was 13 through high school in the fields around Salinas.

CalAgToday: Tell me about high school.

Gonzales: I felt very strongly about completing high school because I know my parents did not. But you may find it interesting that when I was working in the fields around Salinas, I was a card-carrying member of the United Farm Workers (UFW).

CalAgToday: So the UFW recruited you early, or were you a supporter?

Gonzales: Well, it was a closed-shop situation; if you worked in that company, you were a member. So I believe I am the only ag commissioner who was once a card-carrying member of the UFW.

CalAgToday: And why is that significant to you, Henry?

Gonzales: As you know, in agriculture, farmworkers are, almost literally, the backbone of the industry. They are the ones doing all the heavy lifting. So, having that background really provides me with a broader perspective because I can understand farming from the ground level up. Coupled with my Bachelor of Science degree in agricultural science, my field work experience has given me a well-rounded background for agriculture.

I started working for the Monterey County Ag Commissioner’s office over 30 years ago. All Ag Commissioners start at the bottom of the organization, so I began as an agricultural inspector-biologist and worked my way up to deputy, chief deputy, and then seven years ago, I became Ag Commissioner here in Ventura County.

CalAgToday: So suddenly a job became available in Ventura County?

Gonzales: That was kind of interesting. I was in Monterey County with a great job, a great boss, and I could do pretty much what I wanted. But I got a call from Ventura County inviting me to apply for their ag commissioner position. I checked with my wife, and she said ‘Sure, why not? Try it!’ I did, and as they say, the rest is history.

I applied and got the position. I was reappointed here three years ago, and I am hoping to do at least one more term after my current term is over. I think all my years working for the Monterey County Ag Commissioner’s office, my degree in Ag Science, and my master’s in public administration, coupled with my childhood years working in the field really gives me a broad background in agriculture, especially as it exists in Ventura County and in the state of California.

CalAgToday: How did you have time to get a masters degree in public administration?

Gonzales: Well, while I was working for Monterey County, I spent a lot of sleepless nights and weekends in order to earn that degree from Golden Gate University’s satellite office in Monterey.

CalAgToday: When you look back, you have come so far from your beginnings as a farmworker, and you have seen so much. How do you put all of that together?

Gonzales: My experience has provided me with the broadest perspective, so when I deal with a challenging issue, I can see it from all vantage points, and that is very helpful to me in doing my job.