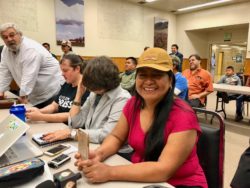 “No Union” is Official Result

TODAY, the Agricultural Labor Relations Board (ALRB) officially certified that a majority of the valid ballots from the November 5, 2013, election that were counted five years later in Fresno on September 18 were cast as “No Union.” In addition, the ALRB concluded that “the United Farm Workers of America thereby lost its prior status as the exclusive representative of the employees for the purpose of collective bargaining.”

Silvia Lopez, a Gerawan employee at the time, filed the petition on October 25, 2013, to decertify the UFW as the bargaining representative of the agricultural employees of Gerawan Farming, Inc., which led to the sanctioned decertification election a few weeks later. Today, Lopez commented, “I cannot believe what just happened today. The ALRB certified our votes and results. I am speechless and beyond excited and happy because justice was finally done.”

Said attorney Anthony Raimondo, “This is a great day for farm workers all across the state of California who can finally celebrate the fact that they wll be the ones who decide their future, not a government agency or a politically connected union. The workers will rest easy tonight knowing that their wages belong to them and will not be taken from them by the United Farm Workers union.”

“We are grateful that the ALRB has recognized the undeniable truth of the workers’ will as expressed in the vote,” Raimondo continued, “and relieved that the agency has decided to abandon its alliance with the UFW and work for the rights of California farmworkers rather than the financial health of a failing union.”

Jesse Rojas, spokesperson for Pick Justice, stated, “Pick Justice was started because of the courage, strength and determination of thousands of farmworkers who simply wanted the right to choose and to be treated equally like every other worker in the state and country. We are thankful that the ALRB finally did the right thing after 5 years of suppressing workers’ rights. Today is a historic and huge victory for the Gerawan farmworkers. Pick Justice is just getting started and will continue to advocate for what is right.” 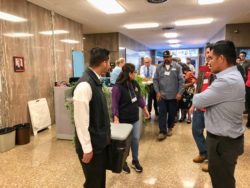 Votes Were Announced, Union or No Union

Following Election Protocols, below is a rundown of what happened at 2550 Mariposa Street, Fresno, California. The Gerawan ballots arrived by with ALRB officials carrying them in a black container with red handles. They arrived at the building at approximately 10:15 AM. Watch video here: https://youtu.be/dttdNbUQbG4 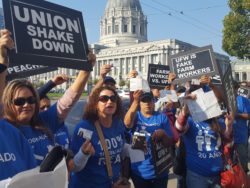 Editor’s Note: Anthony Raimondo with Raimondo & Associates filed a motion with the Fifth District Court of Appeal in Fresno to count Gerawan ballots .

To Whom It May Concern:

On May 30, 2018, the Fifth District Court of Appeal in Fresno issued a unanimous decision that the Agricultural Labor Relations Board (ALRB) violated farmworkers’ Constitutional and statutory rights by refusing to count their ballots, essentially stripping them of their right to decide for themselves whether to be represented by a union.

Silvia Lopez and her co-workers from Gerawan Farms organized themselves in opposition to the state’s effort to force the United Farm Workers Union, a dying union looking to save itself with money from their paychecks, and through determination, organization, and civil disobedience forced the ALRB to hold what was the largest farmworker vote in history. From the dawn hours to late in the evening, thousands of farmworkers voted on whether to be represented by the union. Sadly, the ALRB, in cahoots with the union, refused to count the votes, suppressing the workers’ vote in order to protect the UFW.

Since that time, the workers have been fighting to expose ALRB corruption and get their ballots counted. While they believed that day had finally come, the ALRB has chosen to defy the court and continues to refuse to count the ballots. In fact, the ALRB refuses to confirm where the ballots are stored, or whether it has them at all.

On behalf of the Gerawan workers, Silvia Lopez has filed a motion with the Fifth District Court of Appeal in Fresno, respectfully requesting that the Court order the state to immediately open the ballots, complete the election process, and preserve the record of the election as appeals wind their way through the Court.

The workers believe, as the Court ruled, that to suppress worker votes violates not only principles of democracy, but principles of government transparency as well. In the view of the workers, there is simply no justification to refuse to count the ballots, except for a desire to avoid exposing the overwhelming worker opposition to UFW representation.