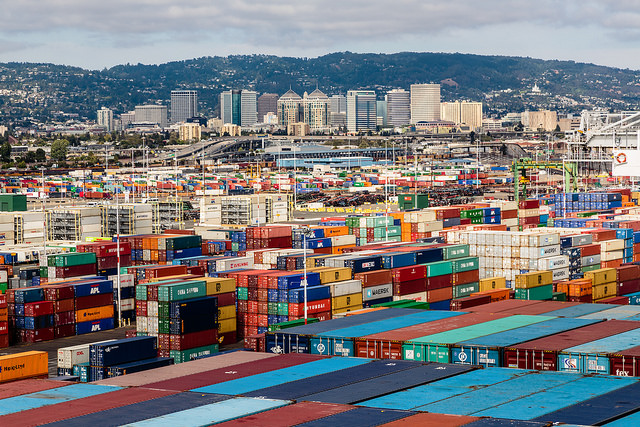 For California Ag Especially, International Trade Tariffs Must Be Lowered

Nuzum spoke about both the opportunities California agricultural groups face as well as key problems they encounter in international trade. She said, “The strength of California agriculture can sometimes appear to be its weakness, in this sense: California is, of course, the largest agricultural state in the United States. It’s also incredibly diverse compared to other parts of the United States. And, because of that diversity, it faces a wider variety of challenges and problems in global trading.

“If there were less diversity, there might be fewer problems,” said Nuzum. “But, with greater presence in the marketplace, having a wider diversity of products or types of products, and whether their product is fresh or processed, California growers and exporters and government officials and regulators face a very challenging set of circumstances, particularly with international trade tariffs.”

Nuzum said that is both the good news and challenging news—all in one. “You’ve got a rich agricultural economy,” she elaborated, and you’ve got a lot of natural resources which are not necessarily found in other parts of the United States. This enables the industry to offer a very rich plate of different kinds of agricultural products. There are some products, and I am thinking about tree nuts now, in which California represents the majority of world production or world trade. So, other consumers around the world are dependent on having that American product, that Californian product, out there in the marketplace,” she said.

Nuzum said because California’s diverse produce is exported around the world, international trade discussions need to come to fruition to lower foreign trade barriers. “Our tariffs, both agricultural and non-agricultural, are much lower than other countries we trade with. That is one reason it is so important to negotiate these trade agreements—to reduce these other tariffs to zero, or at least to our levels,” she said.