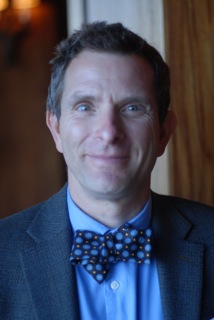 We are at the peak of migrating bird traffic flying north to south, and poultry operations throughout California and the rest of the country are looking skyward with dread. The industry aims to detect all flyways as migrating birds are suspected of spreading Asian Highly Pathogenic Avian Influenza (HPAI) A (H5N1) virus that devastated the poultry business last year throughout the Midwest with some lesser problems in California. In fact, more than 48 million birds, primarily turkeys and laying hens, were infected and had to be depopulated last year throughout the Midwest.

“These global flyways waterfowl use to move north and south and back again every year are basically like freeways,” said Maurice Pitesky, a Veterinarian and UC Cooperative Extension assistant specialist and UC Davis School of Veterinary Medicine lecturer in Population Health & Reproduction. “And in those freeway lanes,” he continued, “different birds interface with each other. We have a Pacific flyway that covers California, which can interface with the East Asia and Australian flyways. If you look at the genetics found in North America, especially in California, the genetics match some of the HPAI found in South Korea.”

Locating birds in flyways can alert poultry operations to implement immediate measures to prevent potential HPAI spreading on anything on the outside or inside of the poultry house.

Pitesky noted a great abundance of feral swine in California, and the geographical extent is poorly understood. “But what we do know with respect to influenza is that although feral swine, and swine in general, are unique species, influenza viruses from humans and influenza viruses from birds can infect swine. That represents one of the ways we get new strains of Avian Influenza that could adversely affect all animals, including birds and potentially humans,” he noted.

Of course, poultry HPAI is not a problem for humans. Pitesky noted, “When people say ‘highly pathogenic,’ it has nothing to do with whether humans get it or not. The ‘highly pathogenic’ label is specifically for birds in that it makes birds sick. There is no evidence any of those strains we found in North America are zoonotic, meaning able to infect humans, at this point,” he said.

The USDA’s Fall 2015 HPAI Preparedness and Response Plan to preventing and responding to future HPAI cases, in collaboration with industry and State partners, includes:

 Streamlining the processes for payment of indemnity and the cost of eliminating viruses so that producers receive a fair amount quickly, to assist them in returning to production

 Enhancing our ability to communicate in a timely and effective way with producers, consumers, legislators, media, and others regarding outbreaks and other information

 Making preparations to identify and deploy effective AI vaccines should they be a cost beneficial addition to the eradication efforts in a future HPAI outbreak.

Poultry Facility Biosecurity Risk Assessment Guide: “We will always be one step ahead.”