The U.S. Bureau of Reclamation and the California Department of Water Resources submitted a Temporary Urgency Change Petition (TUCP) to the California State Water Resources Control Board (the State Board) on January 23rd to revise certain standards in the Sacramento-San Joaquin River Delta to allow increased pumping to send more water, including from recent storms in the northern part of the state, to the Valley given the drought  crisis.

Unfortunately, the initial decision by the State Board’s executive director last week rejected the important part of the TUCP that would have allowed increased pumping because of concerns about impacts to smelt and salmon.  Congressman McCarthy strongly feels this was the wrong decision, particularly given Federal and state fish agencies (i.e. the U.S. Fish and Wildlife Service, National Marine Fisheries Service, and California Department of Fish and Wildlife) all supported the TUCP, including the provisions to allow increased pumping.

Our constituents have told us that some do not even have water for basic necessities like cooking, drinking, and showering, and that some are abandoning their homes and moving out of State.

Many Central Valley towns have unemployment rates that are triple or quadruple that of the state average of 7 percent due to significantly reduced employment in the agricultural sector.

When five agencies – including three tasked with protecting fish – have already assessed and concurred that the export adjustment would not cause harms beyond those allowed under the most stringent statutes and biological opinions, we believe the Executive Director should not have rejected the agencies’ shared assessment and denied the export adjustment in the TUCP without a compelling rationale for taking such an extraordinary action.

We find the Executive Director’s reasons for denial unpersuasive and unsupported by the facts that have been carefully evaluated by five State and Federal agencies.

McCarthy encourages constituents to express similar support for the TUCP and increased pumping levels by contacting the Water Board via: 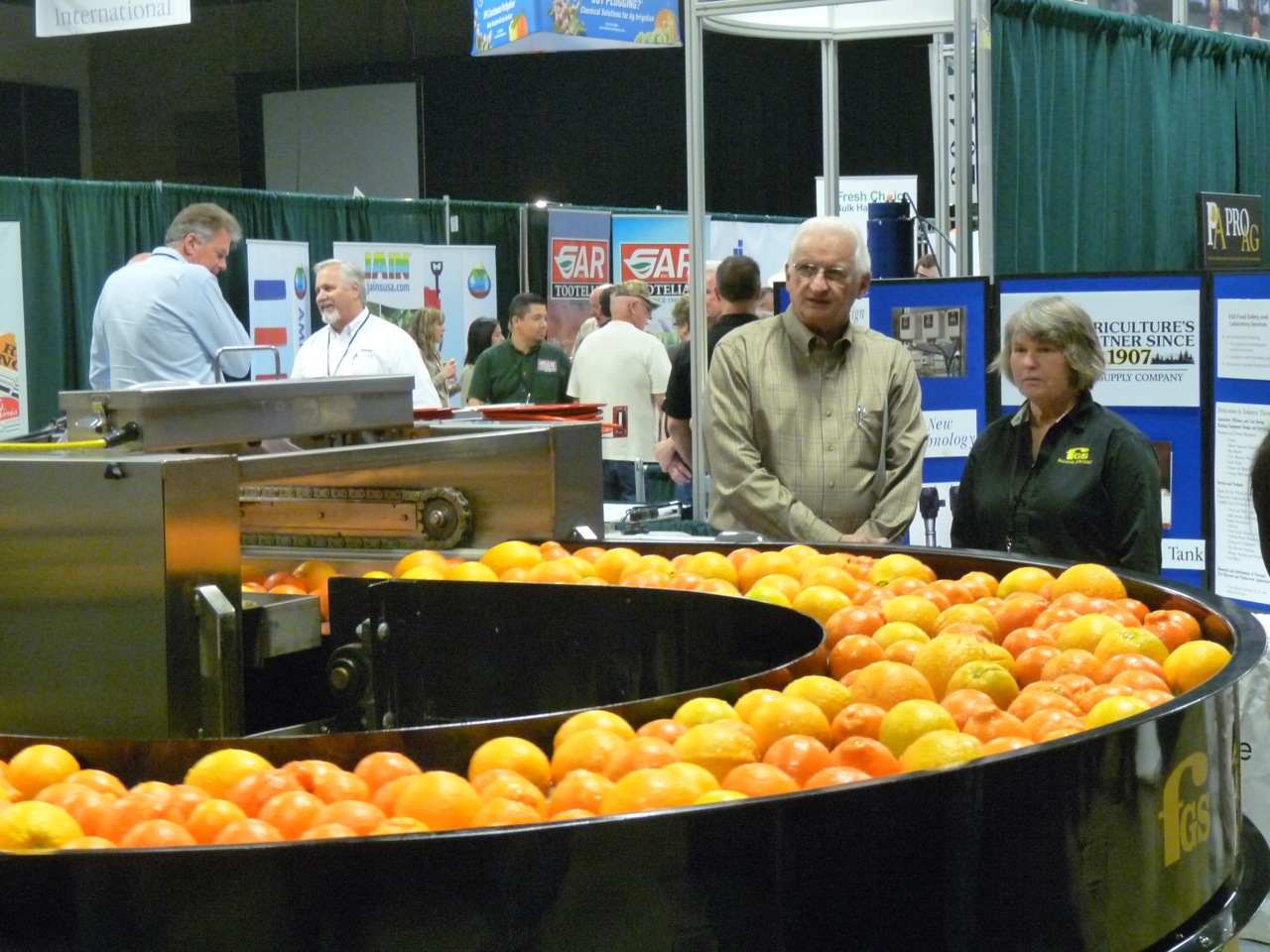 “It was the largest event we have had in our 15 years,” said Joel Nelson, President of the California Citrus Mutual, the organization that hosts the annual event. “We had about 100 exhibitors and about 650 people for lunch, and roughly 1,000 growers who meandered though the entire show throughout the course of the day,”  Nelson said.

There were also six workshops that focused on the Asian Citrus Psyllid, the vector of the fatal HLB disease, water quality and even GMO research to help find HLB resistant citrus stock.

“What we wanted to do  was  give our growers a bit of optimism,” said Nelson. “Our citrus industry has been hit with so many challenges, not withstanding the ACP/HLB issue, the  disease that is ravaging Florida; the freeze in December and now the drought conditions.”

“We wanted the industry to be aware that there are opportunities to fix these problems that are facing our industry, and I think that the growers left here much more positive than when they came in,” said Nelson.

Some of the highlights of the half-day event included:

The keynote speaker for the inaugural Citrus Showcase Breakfast was Felicia Marcus, Chair of the State Water Resources Control Board. “This is a scary and uncertain drought, and it is going to be painful,” Marcus said.

“There is no question that we would not be where we are today if we had more storage,” Marcus said. “We are concerned with climate change when we could be facing the regular loss of half of our storage…snow in the mountains.”

She also said that nitrates in the ground water are a legacy issue.

Another big topic centered on what can be done to suppress the ACP, which will help prevent HLB infected trees.

The San Joaquin Valley Citrus Industry has been discussing area-wide treatment of orchards, on top of the mandated treatments when a psyllid is found.

“As it stands right now, there would be logical areas where geographically it would make sense to have that as a treatment zone,” said Kevin Severns, a grower and  the new Chairman of California Citrus Mutual.

“There will be area captains in each of the zones, such as a grower or other person well-known in the area. They would work with an area-wide coordinator, and the state-wide coordinator will be responsible for coordinating treatment,” Severns said.

The spray timing would be when new growth flushes occur on citrus trees, a time when the ACP is attracted too.

Attendees also heard from Mike Sparks, President of the Florida Citrus Mutual, who painted a grim picture of what has happened to the Florida citrus industry and described its uncertain future.

“The losses due to HLB over the last seven years have been more than $70 million, said Sparks. “Before HLB disease hit us, the Florida Citrus industry was at 815,000 acres. Today the acreage is at 525,000.  And we are losing orange juice processing plant infrastructure due to the low volume, pegged at only  115 million boxes, down from 133 million boxes last season.”

“Every orchard in the state is infected and growers are doing every thing they can to reduce ACP numbers and remove HLB-infected trees,” said Sparks.

There is particular concern for orchards that have been abandoned.

“The cost of production in order to fight ACP with sprays continues to go up, while production goes down. We know this is not sustainable,” said Sparks.

“Over the years, Florida citrus growers have had to deal with freezes, citrus canker, and even powerful hurricanes that have wiped out orchards. At least those orchards could be replanted and production would resume. HLB, is a far different threat. It has put growers to their knees,” Sparks said.