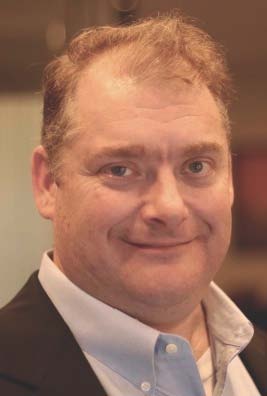 The Necessity of Keeping the California Dairy Industry Competitive

Anthony Raimondo, an attorney with 15 years of experience working with farmers and farm labor contractors, is concerned the California government is placing the state’s agricultural industry at an economic disadvantage compared to other states. Raimondo used the California dairy industry as a prime example in which arbitrary in-state legislation is giving other states an advantage.

“The state government tells the dairy farmer how much they get to charge for milk,” explained Raimondo. “They have now raised minimum wage and overtime, with AB-1066 becoming law, but they do not tie any of that [added cost] to the milk price. Farmers will lose money,” he said.

“The California dairy industry is still fighting to be a part of the USDA’s Federal Milk Marketing Order (FMMO),” Raimondo continued. “But until that happens, the added costs are causing many California dairymen to weigh their options.”

Increasing government regulation is making it difficult for California dairies to compete with other states, Wisconsin in particular. Raimondo elaborated, “For many years, Wisconsin’s milk production was on the decline and California’s milk production was on the rise; that trend has now reversed. Wisconsin is now on the rise again and California is on the decline because our dairies can’t make it with the level of regulation and the level of cost,” he said.

“Some dairies have reduced hours to keep costs low,” said Raimondo. “Other dairies are closing either because they are going out of business or because they are moving to places like Idaho and Texas where the milk price is better and the cost profile is more favorable.”

The move to a FMMO would help even the playing field for California dairies. Raimondo warned there is a lot at stake if nothing is done to lower milk production costs in the number one Ag state. “We are going to lose a segment of agriculture that is 100% family farms. Family farming is one of those things that is precious to our state, and it can’t be brought back once it’s gone,” Raimondo said.