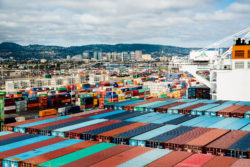 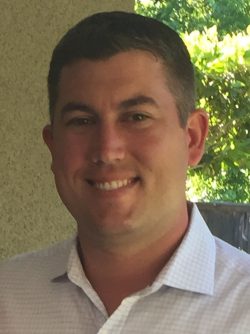 TODAY, Governor Jerry Brown signed AB 1066, the overtime bill for farmworkers, despite pushback from agricultural groups and farmworkers in the state. Ian LeMay, director of member relations & communications of the Fresno-based California Fresh Fruit Association, anticipates that not only will farmers in the state lose, but farmworkers, exports, and possibly consumers will lose as well.

For years, California farm employees accrued overtime pay only after working a 10-hour day, instead of an 8-hour day, like most other employees in California. AB 1066 changes the overtime rules for farmworkers by gradually lowering overtime thresholds in steps over the next four years so farmworkers will eventually earn overtime after an 8-hour day.

The California farm industry has appreciated the prior overtime policy, according to LeMay, because agriculture is not a typical 52-week type of job. The workload of farming ebbs and flows with the seasons, weather, cultural practices and tasks.

For instance, harvesting of crops such as strawberries, citrus and table grapes, normally occurs during short 2- to 3-week periods in the state and is accompanied by an increase in demand for labor. As one might expect, the need for labor declines during non-harvest and non-planting phases, to the extent that farmworkers may endure periods of no work, and hence, no pay. So farmworkers have appreciated the opportunity to work extra hours and earn overtime during busier phases.

Labor costs for California growers of all fresh fruit, avocados and many vegetable crops will be most affected by this change. “This is going to have a very, very big impact on crops that require a high degree of labor like our stone fruit, table grapes and the rest,” said LeMay, “It’s definitely going to change the way our members have to approach doing business,” he said.

“When you compare it to the other states in the union that we are going to have to compete with,” LeMay elaborated, “when you take into account recent changes in minimum wage, piece-rate compensation, increasing farm regulations and now overtime, it’s going to be very difficult to compete not only in a domestic market, but also internationally. That’s the disappointing part about this.”

And, although lawmakers intended AB 1066 to help farmworkers, LeMay noted, “ultimately, the measure will impact farmworkers the most because farmers in the number one Ag state will find a way to keep its bottom line from eroding any further.

“California farmers will need to solve the puzzle of how to achieve the same amount of work in fewer hours per day,” said LeMay. “They will consider hiring double crews, increasing mechanization in packing facilities, orchards and vineyards, and reducing farm acreage to match their workforce. Or, for those commodities that require increased labor, you could see a transition to commodities like nut crops that use less labor.”

LeMay explained that during down periods on the farm, farmworkers generally collect unemployment, which is based on gross annual income. Now, by giving the farmer an incentive to reduce worker hours, farmworkers’ unemployment compensation may decrease as well.

Furthermore, for the consumer who desires fresh local food from small farms, the phase-in schedule AB 1066 provides to smaller companies is actually a competitive disadvantage. “While AB 1066 allows small farmers—those with fewer than 25 employees—more time to phase in changes,” LeMay asked, “why would a farmworker stay at small farm under the prolonged 60-hour per week overtime threshold rule, when he or she could work at a larger farm under the phased-in 40-hour per week threshold?”

Are consumers willing to pay for increased labor costs on the farm? “As the saying goes,” LeMay quipped, “generally farmers aren’t price makers, they are price takers. Consumers are usually unwilling to pay extra for their produce, so farmers usually have to absorb increased costs.”

“Economically,” LeMay summarized, “the legislature has taken us from high labor standards to economically disadvantaging farmers and farmworkers. Lawmakers are not paying enough attention to keeping California companies viable, sustainable and successful.”

The former secretaries note that boosting trade and exports is highly beneficial to America’s agriculture economy and that Trade Promotion Authority—which has been given to all previous presidents since Gerald Ford (with similar authority granted to all presidents since Franklin Delano Roosevelt)—is critical for successfully negotiating new trade partnerships that boost exports and create jobs. Congress could begin consideration of legislation to grant President Obama Trade Promotion Authority as early as next week.

The letter from the former Secretaries follows:

As former U.S. Secretaries of Agriculture, we know firsthand the importance of trade to America’s farm and ranch families. Access to export markets is vital for increasing sales and supporting farm income at home. Recognizing the importance of exports, we worked hard to open foreign markets, including negotiating new or expanded trade agreements with other countries. Trade agreements lead to expanded agricultural exports by promoting economic growth, removing trade barriers and import duties and developing mutually beneficial trade rules.

Key to our ability to negotiate and implement market-opening agreements has been enactment of trade negotiating authority. This authority, now called Trade Promotion Authority (TPA), ensures that the U.S. has the credibility to conclude the best deal possible at the negotiating table. TPA also ensures common negotiating objectives between the President and the Congress, and a continuous consultation process prior to final Congressional approval or disapproval of a trade agreement.

Every President since Gerald Ford has received TPA. Thanks to opportunities created by trade agreements, U.S. agricultural exports in fiscal year 2014 soared to a new record of $152.5 billion propelling farm income also to new highs. Trade helps farmers, their suppliers, distributors and customers. Exports support rural economies and the U.S. economy as a whole through agricultural processing, ancillary services and a host of related businesses. This was true when each of us served as US Secretary of Agriculture, and it is true now.

We are excited about new opportunities for U.S. agriculture in foreign markets. Opening markets helps farm families and their communities prosper. Other governments also recognize this and are actively forging their own trade agreements. If the United States stands still, other countries will quickly move ahead of us.

For us, the choice is clear: we encourage Congress to enact Trade Promotion Authority and support trade agreements that help U.S. farmers, ranchers, and producers thrive. 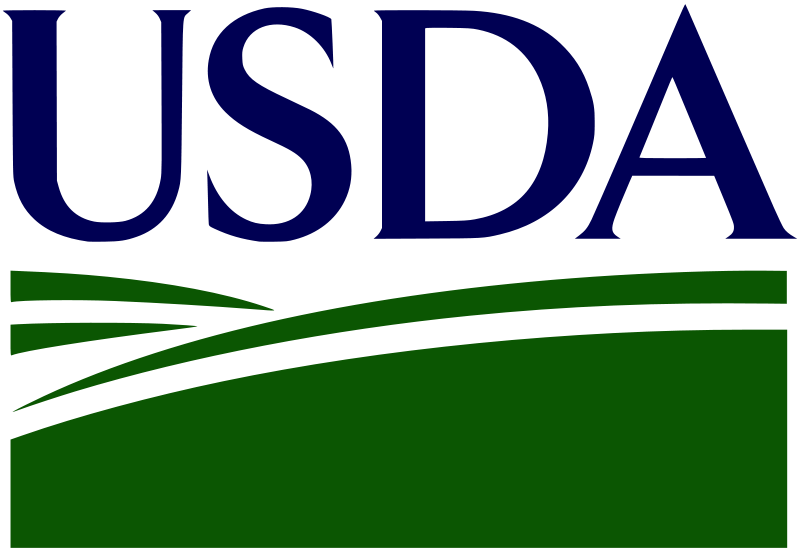 In 2013, California’s agriculture exports totaled to approximately $19.5 billion dollars. Those exports not only helped to boost farm prices and income, it also supported the existence of approximately 147,700 jobs both on and off the farm.

According the USDA, U.S. agriculture producers rely heavily on foreign markets to sell their products. Approximately 70% of nuts, 75% of cotton and 40% of grapes are exported internationally, and California agriculture greatly contributes to those statistics.

Ninety-five percent of the world’s food consumers live outside of the United States, and only 1% of U.S. companies actually export.

“Export opportunities for those involved with agriculture are immense,” said California Center for International Trade Development Director Alicia Rios. “Most growers don’t realize that there are many programs out there to help them learn about the industry and can help them to market their product to international food buyers.”

At an Agricultural Trade Roundtable event, Nuzum met with and discussed the implications of international trade with key agribusiness representatives from California’s Central Valley. Nuzum noted that American producers actually benefit from trade agreements. The goal is to have them eliminate foreign tarrifs, unscientific regulatory barriers and bureaucratic administrative procedures that are designed to block trade.

With the world’s population growing, and with income fluctuations in developing countries, there are many opportunities for the U.S. ag industry to market its products.

“2015 is going to be a key year in setting the stage on the future conditions that the U.S. agriculture industry will face,” said Nuzum. “If we don’t take advantage of international opportunities, somebody else will.”

For more information about export programs, click on the links below.

The California Centers for International Trade Development (CITD) at State Center Community College District has announced the launch of their 10th annual California Agricultural Export (CalAgX) training seminar. A comprehensive export training program, CalAgX was designed to give California agribusiness leaders the tools to market their specialty crops in the food industry.

“CalAgX can provide businesses with the skills they need to become an international phenomenon,” said CITD Director Alicia Rios. “Not only do the sessions provide real life case studies and examples, the sessions are taught by some of the most esteemed professionals in the export industry.”

Held over a span of six weeks at three different locations, CalAgX is an all-inclusive export training program covering topics such as export logistics, terms of sale, legal and cultural aspects of the exporting industry, export payments and finance and credit insurance. CalAgX participants are well prepared to bring their specialty crops to the global market.

This year, CalAgX is set to take place in Clovis, Salinas and Sacramento. Companies that participate should be at least one year old and have less than two years’ worth of export experience.