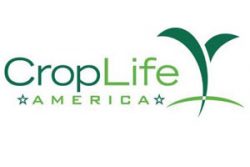 American Farmers are Part of the Food Waste Solution

At the Maximum Residue Level (MRL) Harmonization Workshop in San Francisco earlier this month, California Ag Today spoke to Jay Vroom, CEO, CropLife America about food waste. This is part one in a two-part series; part two will be published on June 21, 2016.

Jay Vroom, president and CEO of CropLife America (CLA) launched the MRL workshop with a discussion of food waste in America and the strong message that we can all do better. We can all reduce food waste in our homes and restaurants; farmers readily reduce food waste in their growing practices. Vroom said famers have the opportunity to spread the word on how they are a big part of the solution in reducing food waste.

“Readily-available facts about food waste on social media are often sensitive and misunderstood,” said Vroom, particularly the comparison between the large amounts of wasted food every year and poverty levels. Vroom said circulating speculation includes the claim, “Roughly 80 billion pounds of food is wasted annually and supposedly accounts for an estimated 20% of landfill volume.

The majority of food waste comes from the consumer level, Vroom noted, and includes school cafeterias, restaurants and institutional facilities. “Yet, growers are just as important because the product they are producing suffers an avoidable fate in early production,” Vroom said.

The grower’s voice deserves to be recognized at the start of the food waste conversation—where it begins—in production losses. “Farmers do not get credit where food waste has already been reduced,” Vroom stated. “We need to highlight the fact that food loss is already prevented because of modern agricultural technologies.”

“When we do landscape surveillance on the internet and elsewhere,” he said, “there’s virtually no voice of the American farmer in this conversation about food waste.” The farmer’s voice is crucial to determine the time their goods get to the consumer and the time they are thrown out, Vroom emphasized. “A consumer may have produce that goes bad within three days of purchase. If biotechnology could increase that time by a day or even two, the amount of food waste could be reduced,” Vroom said.

Part two of the series, to be published on June 20, will cover the ways Vroom recommends ensuring farmers have their voices heard and how bioscience could eliminate food waste.