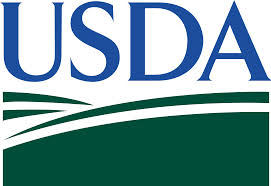 The U.S. Department of Agriculture (USDA) has confirmed again in its annual report that American consumers can focus on the nutritional benefits of conventional and organic produce without concern for pesticide residues. Over 99 percent of fresh and processed food available to consumers tested below allowable pesticide residue levels, as detailed in the 24th Pesticide Data Program (PDP) Annual Report released on January 11, 2016 by the USDA Agricultural Marketing Service (AMS). Only .36 percent [0.36%] of the products sampled through the PDP had residues above the U.S. Environmental Protection Agency (EPA) established tolerances, giving consumers plentiful options to meet their daily nutritional needs.

“Today’s consumers can choose from food produced with a variety of farming methods and necessary crop protection strategies and be confident that it will sustain and enrich their families’ lives,” stated Jay Vroom, president and CEO of CropLife America (CLA). “Across the nation, our growers continue to use the most advanced crop protection technology available to target specific crop threats. From precision agriculture to integrated pest management, farmers in the heartland, the plains, coastal areas and everywhere in between are pushing forward with the best ways to produce food for their communities and for the country.”

PDP researchers tested a total of 10,619 samples of fresh and processed fruit and vegetables (8,582 samples), oats (314 samples), rice (314 samples), infant formula (1,055 samples), and salmon (354 samples). To ensure the samples were representative of the U.S., researchers collected data in a variety of states throughout different times of the year. The findings support the Dietary Guidelines for Americans 2015-2020, recently released by USDA and the U.S. Department of Health, which encourage consumers to eat more fruits and vegetables.

“With rapid advancements in computing technology, the space for developing new ways to fight agricultural threats is increasing exponentially,” stated Dr. Janet E. Collins, senior vice president of science and regulatory affairs at CLA. “Consumers have a number of options at the grocery store, thanks in large part to the work of the scientific community involved in research and development, the companies that are manufacturing products, and America’s farmers and ranchers. The 2014 PDP report demonstrates again that, with the sound science-based regulation of pesticides and commitment from the industry, farmers and other stakeholders, we can reach toward making sure that every American, no matter their wallet size or geographic location, can access healthy food.”

A 2012 report from CLA demonstrates that crop protection has made healthy food more financially accessible to the American consumer, providing a 47.92 percent savings in overall grocery bills for a family of four in the U.S.1 In addition, increased agricultural production, due to advanced pesticides, has created an additional 1,040,661 jobs generating more than $33 billion in wages—all while decreasing the need for tillage operations, thereby reducing fossil fuel use by 558 million gallons per year.

Recent reports from the United Nations also show that an increasing number of people worldwide have gained access to healthy food. Over the past 25 years, the number of people worldwide who are hungry has declined from one billion to about 795 million, or about one person out of nine—which means that 2 billion people have avoided a “likely state of hunger” given the global population increase of 1.9 billion people since 1990-92.2 Multiple factors have contributed to the decrease in global hunger, including the integration of family farmers and small holders in rural areas into well-functioning markets for food, inputs and labor.

The PDP was established in 1991 for the purpose of collecting data on pesticide residues found in food. Information collected by the PDP is sent to the EPA to help the agency conduct important dietary risk assessments. The USDA also uses this data in the development of integrated pest management objectives. Since the PDP program was initiated, 109 different commodities have undergone testing. A complete version of the 2014 Annual Summary is available at www.ams.usda.gov/pdp.

1 CropLife America. The Contributions of Crop Protection Products to the United States Economy.

2 Food and Agriculture Organization of the United Nations, the International Fund for Agricultural Development and the World Food Program. State of Food Insecurity in the World 2015.