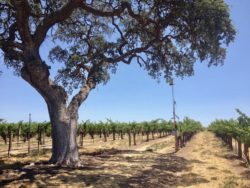 Oak Trees in Vineyards a ‘Win-Win’ For Bats and Growers

Californians love their oak trees. During vineyard development, Central Coast grape growers often feel compelled to leave an old iconic oak standing, even if it ends up right in the middle of their vineyard. While driving through the Central Coast, it’s not unusual to see the pattern of vineyard rows broken by a majestic oak tree. Aside from their beauty, what are some of the ecosystem services that these majestic trees provide?

To find answers, a UC Cooperative Extension scientist in San Luis Obispo County collaborated with a U.S. Forest Service scientist to study how bats use blue oak and valley oak trees in vineyards. UC Cooperative Extension specialist Bill Tietje, a co-author of the study, says they focused on bats that eat insects because bat populations have declined dramatically in some areas due to habitat loss and disease. “And bats don’t hurt grapes. As a matter of fact, thanks to the huge number of bugs they consume, bats could be very good for a vineyard.”

To understand the potential value of remnant oak trees for insectivorous bats, the researchers placed microphones to detect bat calls within 14 Central Coast vineyards. The recordings revealed 11 species of insectivorous bats foraged within the vineyards. Bat foraging activity was 1.5 times greater at the trees compared to open, tree-less areas within the vineyard. And the bigger the tree, the bigger the number of bats it attracted.

“The study results suggest that the large oak tree in my vineyard not only increases the beauty and biodiversity of the agricultural landscape, but also attracts insect-eating bats that can provide natural pest control—a win-win,” said grape grower Jerry Reaugh, who cooperated with the researchers.

Tietje hopes that the free insect-reduction services provided by bats will increase grape growers’ incentive to manage and maintain the trees, and even to plant new oak trees in suitable areas around their vineyard, in mutual benefit to both agriculture and biodiversity.

“In addition to their value for insectivorous bats, remnant trees maintain bird and insect diversity by providing food, habitat, cover and stepping stones that facilitate the movement of wildlife within agricultural landscapes,” said Tietje.

This study comes at a time when declining blue oak and valley oak populations are of great concern.

“We hope the study will increase awareness of these beautiful and beneficial trees and make the case for conservation and restoration,” Tietje said. “Preserving and enhancing biodiversity in the midst of climate change is key to ensuring resilience in our landscapes and communities.”

The study by University of Washington graduate student Anne Polyakov, Theodore Weller of USDA Forest Service and Tietje is published in the September 2019 edition of Agriculture, Ecosystems and Environment.

O’Donnell said supplies should be plentiful in the grocery store. “We probably have more fruit this time of year than usual probably because rain this past winter delayed harvest, which was good news. Now we’re just working our way along. Folks in the Watsonville areas are also beginning to start preparing their other pieces of fallow ground so that they can plant around Thanksgiving and produce next year’s crop,” she said.

The Search for Resistant Cultivars

In the second part of our series with Steve Koike, plant pathology farm advisor for UC Division of Agriculture and Natural Resources, Cooperative Extension in Monterey County, the focus is on the critically needed research on resistant cultivars. Koike, who has focused his research since 1989 primarily on the understanding of disease systems and the investigation of new methods of disease control, said, “The role or the need for resistant cultivars is tremendous.”

“Some good case studies of resistant cultivar research address soil-born problems on lettuce,” Koike explained. “For example, Fusarium wilt and Verticillium wilt on lettuce could be managed lightly; but in order to overcome those diseases, resistant lettuce varieties need to be in place.”

“First discovered in 1995 on the Central Coast,” said Koike, “Verticillium wilt has the potential to infect and damage numerous different crops. And although Fusarium wilt was typically unseen in the San Joaquin Valley, it has recently begun to appear on the Central Coast.”

Continued improvement of management techniques upon discovering initial disease symptoms is necessary, according to Koike. “Symptoms of the disease usually appear on the lower leaves of plants, around the edges, and the areas between the veins can turn a yellowish-brown.”

“Strawberries currently have three really important disease pressures state-wide: Verticillium wilt, Macrophomina (charcoal rot) and Fusarium wilt,” Koike commented. “Even the fumigation tools we have are not cleaning them up 100 percent, so we have problems.”

Koike and his fellow researchers discovered a new race of the downey mildew pathogen in spinach that has been designated race 16. While there are some varieties that are supposedly resistant to race 16, Koike noted that there is still more research to be done.

To read the first part of our series on Downey Mildew, click here. 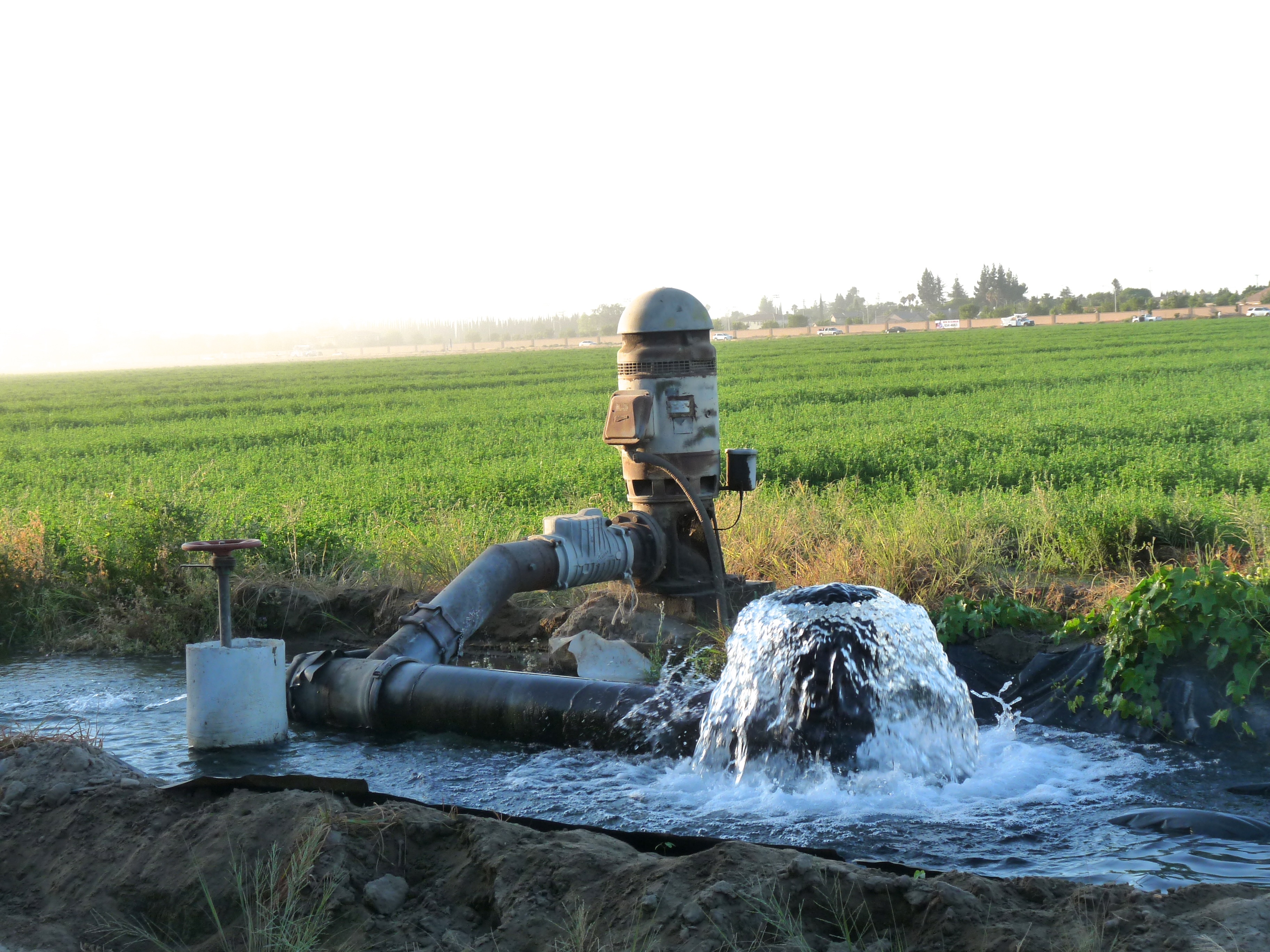 The recently proposed changes to the Irrigated Lands Regulatory Program (ILRP), open for public comment until Wednesday, May 18, could significantly impact farmers, according to Casey Creamer, coordinator for the Kings River Water Quality Coalition. “The proposed modifications concern the east San Joaquin Region, within Madera, Merced and Stanislaus Counties,” Creamer said. “That’s the scope of it.”

While ILRP currently targets only the east San Joaquin region, Creamer said, “It’s a precedent-setting deal, so everything in there is going to affect not only the entire Central Valley, but the Central Coast and the Imperial Valley—that may not have near the issues or the current regulatory programs that we have here in the Central Valley. So, its very important statewide.”

The State Water Board is hosting a public workshop on the proposed order on Tuesday, May 17, in Fresno—one day prior to the closing of the ILRP public comment period. The workshop will be held at 9:00 a.m. in the San Joaquin Valley Air Pollution Control District, Central Region, 1990 E. Gettysburg Avenue, Fresno.

Clerk to the Board 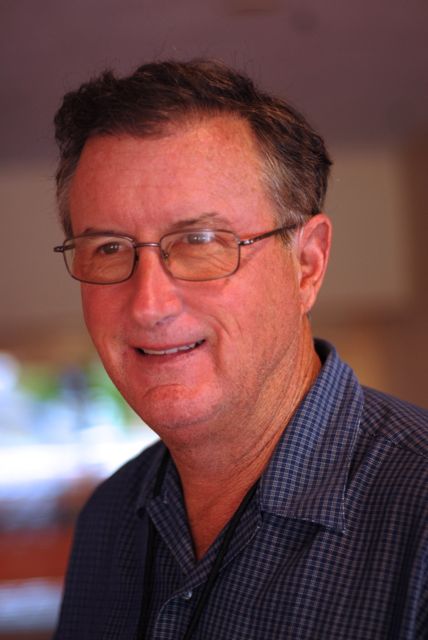 Dana Merrill is a seventh-generation farmer of an eighth-generation Californian farming family and president of Mesa Vineyard Management, a premium vineyard management service on the Central Coast. A graduate from Cal Poly with an Agriculture Business degree, He is a member of the Merrill Family Estates, an estate that produces premium winegrapes for its Pomar Junction Winery, and he’s extremely involved with the Paso Robles Wine Community.

“We worked very hard to attain this certification,” Merrill said. “Most of the changes were positive moves. It’s not meant to be a penalizing certification, but there are specific restrictions. For example, we don’t use any Class I restricted materials. If the US Environmental Protection Agency has commented about a substance, ‘Hey, that is Class I. It may be legal, but as an herbicide, it has a tendency to leach into the groundwater,’ then the SIP system won’t allow it. There are times when I’ve said, ‘Boy, I wish I could use a certain material,’ but there are some I simply cannot use in order to qualify for the certification.”

Merrill continues, “The SIP also takes into account how you treat your labor. For example, more ‘points’ are awarded if you offer a benefit program, continuing education support, a retirement program, or health insurance. These days, everybody has to offer health insurance, but points are awarded for that, even though some of us have offered it for over 20 years. Points are also earned for best-practice management whether it is fertility management, soil probes, or having water meters on all your wells and using the information to manage how you irrigate. The idea is to encourage folks to do more and raise the bar.”

“Being SIP-certified helps with marketing too,” noted Merrill. “If you get the SIP seal on a bottle of wine, a consumer can go be assured of the excellent quality of that product.”

“It is marketing in the sense that we are always selling ourselves to the consumer,” Merrill explained. “You know, the consumer may ask, ‘Why should I buy a bottle of SIP wine? Why should I buy California wine?’ I think that branding or labeling conveys a message to customers about what is important to them. Some consumers are very environment-oriented; others are looking primarily for quality. Your label conveys that message. There are customers to whom it is less important, but I see its significance growing. I would say 50% of the people who visit our tasting room find that label on an SIP-certified bottle of wine quite meaningful,” Merrill said.