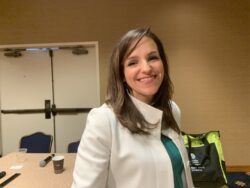 2020 has been an unexpected year for all of us. Now that we have started the last half of the year, what do we need to be watching from a policy perspective. That’s the question we asked Emily Rooney, the President of the Agricultural Council of California.

“When you look at the shift that the pandemic caused on the state legislature, there are two sort of surprises, I would say. One is on the climate front, the state passed a statewide cap-and-trade program,” said Rooney. “And now there is a state Senator that is trying to get a cap-and-tax program passed instead of the cap-and-trade program. And essentially that would be a double tax,”

“And then the other issue that’s always been an issue for us are some of these labor issues. Right now, given the issue of the pandemic, the depth and number of those bills has drastically increased. So I would say those are probably the two big surprises,” she said.

Important issues to monitor closely in the last half of this year. 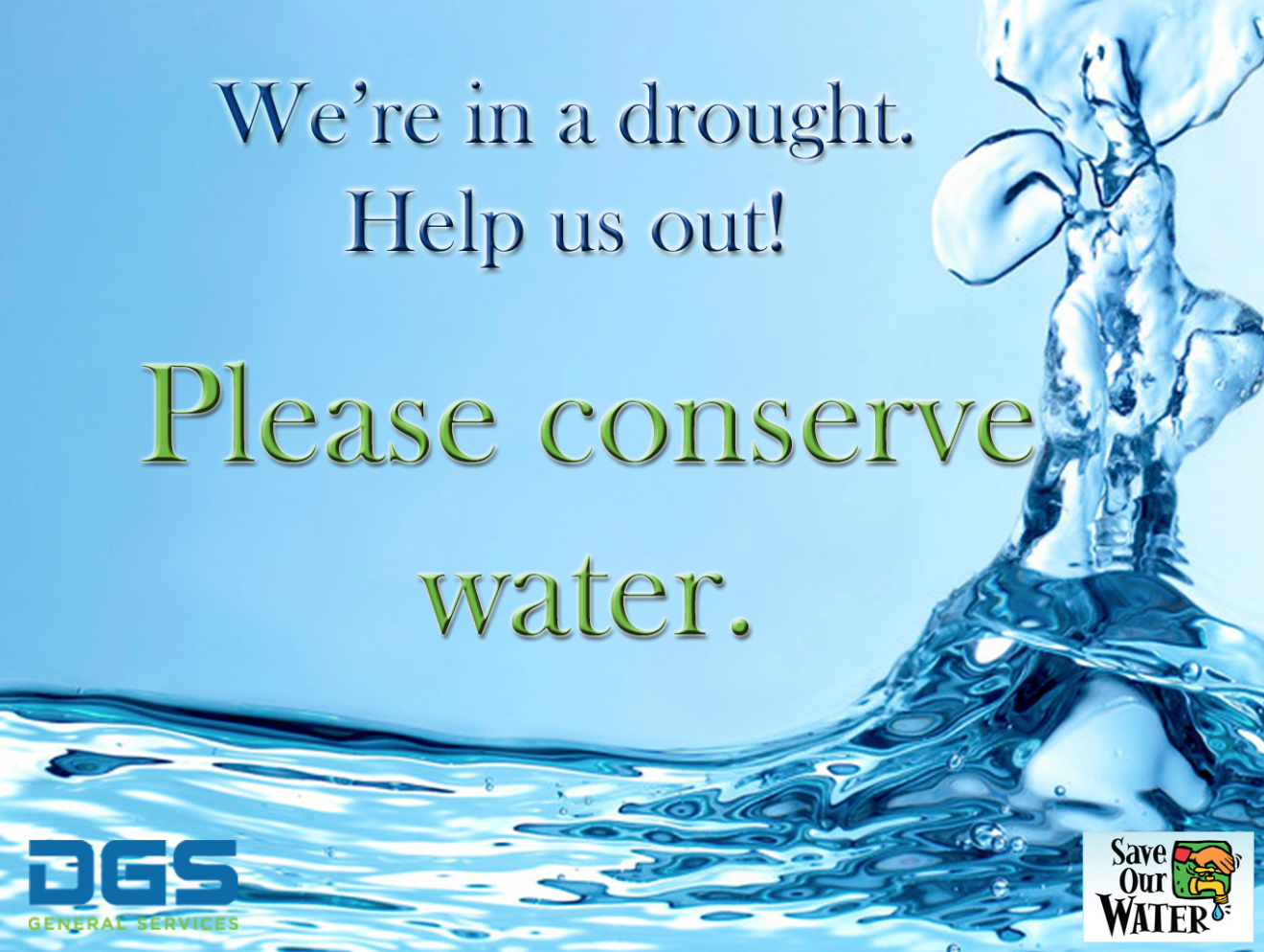 Announced TODAY, the California Department of Food and Agriculture (CDFA) has awarded $5.8 million for 70 different projects in the second phase of a program to implement on-farm water irrigation systems with increased water efficiency and enhancement to reduce water and energy use, thereby reducing greenhouse gas emissions (GHGs).

The funding for the State Water Efficiency and Enhancement Program (SWEEP) is part of emergency drought Legislation (SB 103) signed in early 2014 by Governor Brown – authorizing CDFA to distribute as much as $10 million for eligible projects, in cooperation with the Department of Water Resources and the State Water Board.

“These projects are essential to allow farmers to continue agricultural food production while at the same time providing ecosystem services that enhance the environment” said CDFA Secretary Karen Ross. “The result is the continuous improvement of our farming systems while at the same time providing multiple benefits, including water conservation and reduced GHG emissions.”

With this latest round of funding, a total of $9.1 million has been awarded for 155 different projects that have leveraged an additional $6.9 million in private cost-share dollars from grant recipients. The money comes from the state’s portion of Cap-and-Trade auction proceeds. The proceeds are deposited in the Greenhouse Gas Reduction Fund and appropriated to state agencies.

The funding will reduce GHG emissions through projects that include modifications to improve water efficiency like drip and microsprinkler systems; energy-efficient water pumps; soil moisture sensors; and irrigation scheduling programs that apply water based on crop needs.

This program is the first of its kind at CDFA and applies to its authority under the Environmental Farming Act of 1995, which states that the department should oversee an Environmental Farming Program to provide incentives to farmers whose practices promote the well-being of ecosystem and air quality.

More information on the SWEEP program can be found by visiting  www.cdfa.ca.gov/go/sweep.

A proposal by the California Air Resources Board staff, up for board approval in September, would allow rice farmers in the Sacramento Valley to sell carbon emission offsets as part of the state’s effort to combat climate change.

Rice farmers would flood their fields for shorter periods, which would reduce the decomposition process that emits methane – a potent greenhouse gas.

Businesses seeking to offset their own greenhouse gas emissions could buy credits from the farmers who had made gains in curbing pollution.

“The rice cultivation protocol is the first time rice practices have been identified as a potential source of greenhouse gas emission mitigation for California,” said Dave Clegern of the Air Resources Board.

The program, called the Rice Cultivation Projects Compliance Offset Protocol, is slated to go into effect on Jan. 1, 2015, and run for a 10-year period. State air quality officials and environmental groups say other crops could eventually be included in cap and trade as well.

“I think this rice protocol sets an important precedent for agriculture,” said Robert Parkhurst, director of agriculture and greenhouse gas markets for the Environmental Defense Fund. The nonprofit has been working with the California Rice Commission and the Air Resources Board to craft the program.

Rice was selected as the first crop because it’s a potent contributor of methane – a greenhouse gas implicated in climate change.

Methane is produced when rice farmers flood fields during spring seeding and prior to fall harvest. Flooding cuts off the soil’s exposure to oxygen. This causes anaerobic fermentation of the organic matter in the soil. Methane is an end product of that fermentation. The methane is released into the atmosphere primarily through the rice plant. A smaller portion bubbles up from the soil and escapes through the water.

The cap-and-trade program, launched in 2013, is an outgrowth of the state’s emissions-reducing law, AB 32. The program caps overall greenhouse gas emissions at a lower level each year. It allows industries to buy pollution allowances, within a certain limit, to offset their own release of greenhouse gases.

Farmers are largely exempt from cap and trade, and the offset program is voluntary for rice farmers. In order to sell credits, they will need to prove they changed the way they flooded their fields and reduced the amount of methane emitted as a result. The reductions will be measured using a complex computer model with independent third-party verification before offset credits are issued, according to the air board.

Those reductions can then be sold as part of the cap-and-trade program – at a market rate.

“For this to be successful, we’re going to need to see a group of farmers get together to cooperate in order to create these projects,” said Parkhurst. “The opportunity is large because there are a large number of acres, but the credits per acre (figure) is on the small side.”

The amount of methane that can be reduced would be about a half a ton to a ton per acre per year, said Parkhurst.

“What we would like is to take the opportunity with rice and see how it can be applied to other crops in other regions,” Parkhurst said.

He said that almonds are among a few crops now being considered for involvement in the cap-and-trade program. The Environmental Defense Fund has been working with the California Almond Board on a proposal.

That program would likely address fertilizer application practices in almond cultivation and their contribution to greenhouse gases.

The ARB is offering rice farmers two options under the new program. The first is a process called ‘dry seeding’ – where water is put on rice fields later during seeding season. The other demands farmers drain rice fields seven to 10 days earlier than usual.

Most of the 550,000 acres of rice planted in the state is in the Sacramento Valley, and most of that is grown by farmers who flood their fields – typically to a depth of 4 to 5 inches prior to seeding

Many unresolved factors could limit enthusiasm among rice farmers for the program, said Tom Butler, owner of the Sutter Basin rice farm corporation.

Butler grows 4,000 acres of rice and 265 acres of almonds several miles south of the Sutter County town of Robbins. He’s one of four farmers participating in a pilot program begun in March as part of the cap-and-trade effort with rice farmers.

The new practices suit his farm because his soil drains much more quickly than most rice farms in the Sacramento Valley. He said he thinks other farmers will be wary about draining their fields.

“Pulling water on and off can cause some serious nitrogen and erosion problems for your rice if you are not careful,” said Butler. “I would not have jumped into it feet first if we did not have the soil we have.”

If a lot of farmers sign up, however, the drying of their land could cause another environmental problem. Flooded rice fields provide more than 300,000 acres of wetland habitat for waterfowl and other birds that travel through the Sacramento Valley on the Pacific Flyway.

For now the air resources agency has decided to exclude winter flooding of rice fields from the cap-and-trade program. It is winter flooding – and not flooding during spring seeding or before harvest – that provides the most crucial wetland habitat for bird populations.

Butler said he’s decided to participate in the cap-and-trade program more for altruistic reasons than financial ones.

“I think about this as the right thing to do,” Butler said. “We’re trying our best to be good stewards of the land, and produce a crop … and this program could be a next step for us.” 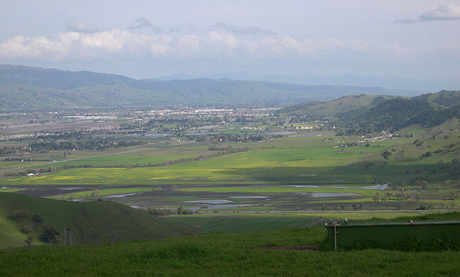 After months of speculation and debate, Governor Brown and California’s legislature have agreed on how to allocate a total of $872 million in cap-and-trade auction proceeds as part of the state’s FY 2014-15 budget package.

We are pleased to report that the persistent efforts of CalCAN and many partners have yielded results—the deal includes investments in farmland conservation and in agricultural practices that reduce greenhouse gas emissions and sequester carbon.

“It is encouraging to see that the Governor and legislators recognize that agriculture can play a part in addressing California’s climate crisis,” said Rich Rominger, a Yolo County farmer and Secretary of the California Department of Food and Agriculture under Governor Brown’s first tenure. “It is important that agriculture is included from the start of the state’s investments in climate change solutions.”

Most of the cap-and-trade funds go to high-speed rail, clean transportation and land use planning projects known as “Sustainable Communities Strategies.” However, the budget includes over $30 million for agricultural projects that reduce greenhouse gas emissions. Of that, $15 million will support agricultural energy and operational efficiency projects.

$10 million will fund agricultural water use efficiency projects at the farm level, approved in this year’s drought package. Of the $130 million that will go to implementing regional Sustainable Communities Strategies, $6.5 million will go towards agricultural land preservation as a component of integrated land use and transportation projects.

“Many farmers and ranchers want to do their part to protect the environment and climate, whether it’s conserving energy and water, reducing our carbon footprint or producing renewable energy,” said Julie Morris of Morris Grassfed Beef in San Benito County. “With funding for research, technical assistance and financial incentives, it will be easier.”

The deal also specified that high-speed rail, transit and Sustainable Communities Strategies will receive 60 percent of the future funds in on-going, continuous appropriations. The remaining 40 percent, which could reach billions of dollars in future years, will be allocated annually as part of the regular budget process.

This is a good start, and CalCAN will keep working to ensure that the money funds innovative solutions with multiple environmental and health benefits. We will also continue to advocate for larger investments over time in sustainable agriculture and farmland conservation to support farmers and ranchers in addressing one of the biggest threats to California agriculture.

Click here for a joint statement on the cap-and-trade budget deal from a coalition of natural and working lands organizations, including CalCAN.