Ag Day Celebration at the Capitol

“Our theme for this year’s Annual Ag Day at the Capitol is ‘Golden State on Your Plate,'” said Ross, “to honor our farmers and ranchers and all they provide. Legislators, staffers and the public will have the opportunity to shake a farmer’s hand and advance our shared understanding of the importance of our food supply. In addition to approximately 40 agricultural booths and exhibits, Buttercup the electronic cow, a favorite of children, will return to the Capitol for robotic milking demonstrations.

“We’ve been watching the weather,” Ross said, cautiously. “We would not mind being in the rain, but it looks like we’re going to have a day of sunshine and 70-degree weather.”

Sheila Bowen, president of the California CattleWomen (CCW), said CCW and California Women for Agriculture members will attend tomorrow’s Ag Day at the Capitol, alongside many other agriculture organizations. “In addition to giving out our brochures,” Bowen said, “we’ll be giving out tri-tip sliders to the guests who come to the Capitol.” 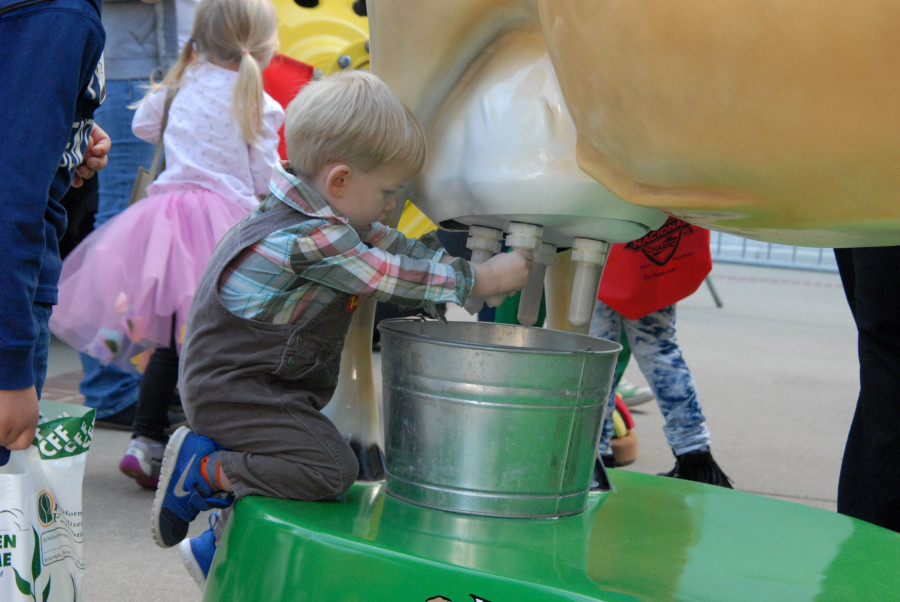 With the California Women for Agriculture recently celebrating its 40th anniversary, it’s no surprise that the Central Valley Chapter (CVCWA) is taking initiative to recruit new members.

“The CWA has been an integral part of my life,” said Central Valley Co-President Jane Bedrosian. “I may not have been present at the last Statewide Meeting in San Luis Obispo, but I saw renewed excitement about the CWA on the faces of the ladies who did get to go. I want to help share that excitement about agriculture with our friends and neighbors here in the Central Valley.”

The CWA is a statewide organization dedicated to bringing women together to “speak on behalf of agriculture in an intelligent, informative, direct and truthful manner.” Beginning in 1975, the CWA has been an instrumental organization in shedding positive light on what the agriculture industry is all about. From planning community events, speaking to politicians in Sacramento and promoting agriculture education – CWA members are determined to bridge the gap between agriculturalists and those removed from the industry.

“There is power in numbers,” said Central Valley Co-Presdient Marlene Miyasaki. “I believe that the stronger our presence is in our community, the easier it will be for us to inform others of the hard work necessary to provide food for the world.”

With 18 CWA chapters located throughout the state, there are ample opportunities for women to become advocates for agriculture within their communities. And the kindred spirit doesn’t end there; various statewide meetings are held annually, bringing together hundreds of CWA members from all over California.

The CVCWA has approximately 30 active members, but is looking to expand its membership. With issues like the California Drought and Immigration Reform currently taking the Central Valley by storm, agriculture literacy has never been more crucial.

The CVCWA is planning to make an appearance at the World Ag Expo in Tulare and Farm and Nutrition Day in Fresno; they are also currently working with Fresno County 4-H for other community events.

For more information about the CWA and its many chapters, click here. 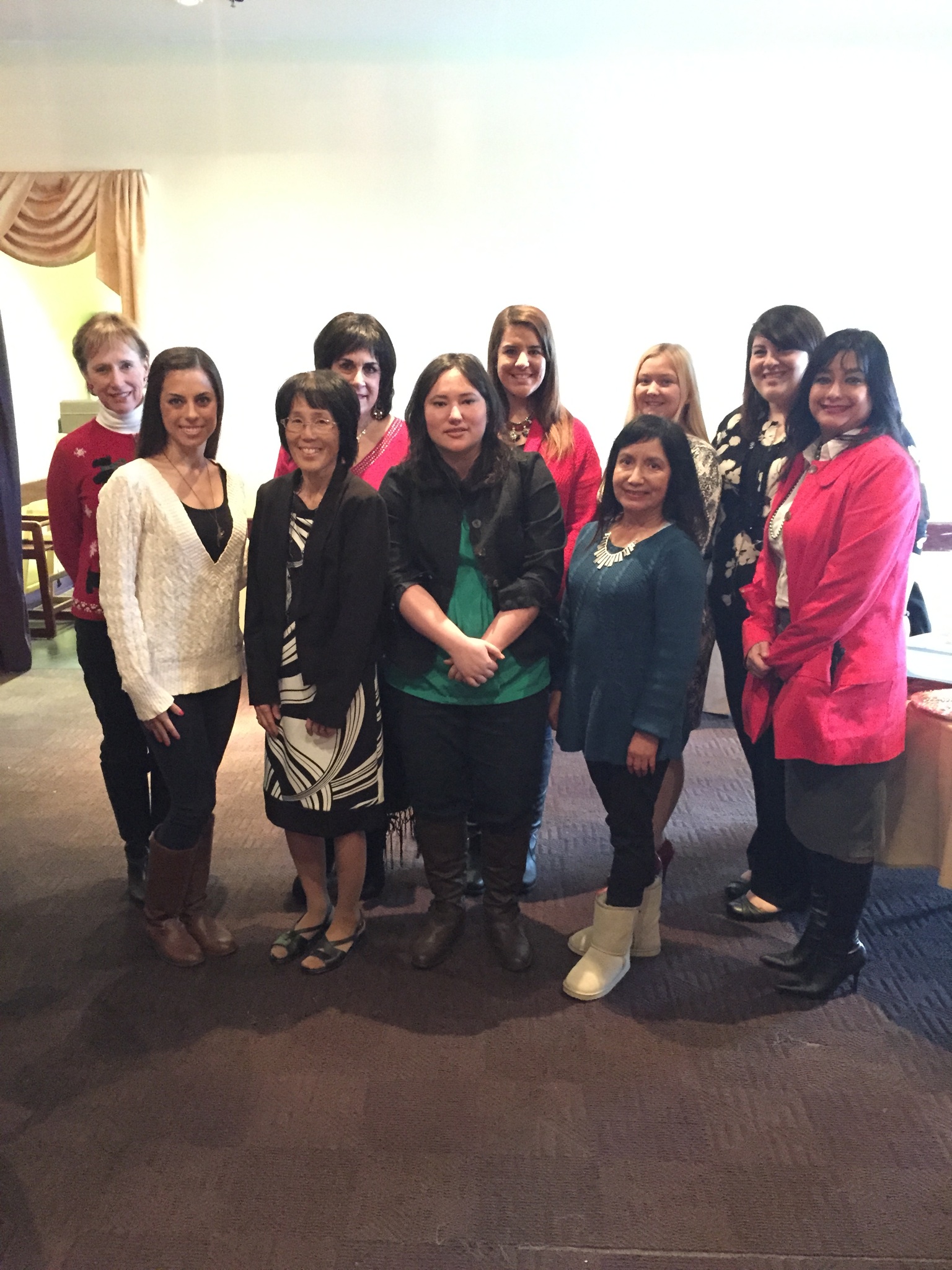 Last Friday, a group of dignified women met up for a holiday luncheon at Joy Luck Cuisine in Fresno. After working hard throughout the year to promote California’s agriculture industry, it was time to eat a delicious meal, honor a few scholarship recipients and induct the new 2014-2015 officer team.

“The CVCWA is very important to me,” said California Women for Agriculture, Central Valley Co-President Marlene Miyasaki. “Not only does the work we do help to promote various aspects of the ag industry, I’ve also met some of my closest friends through this organization.”

For years, members of the CVCWA have worked hard to celebrate esteemed agriculturalists in the Central Valley and do their best to provide scholarship money for high school and college students studying agriculture. They play a big role in planning events such as the Common Threads Luncheon, The Ag Boosters BBQ and they also dedicate their time to various community service projects throughout the Fresno County.

“I love being a member of the CVCWA,” said Agriculture Communications student Sarena Silva. “Their dedication and love for the ag industry keeps me motivated to be a voice for farmers in the Central Valley.”

With a new officer team, the CVCWA has many plans for the new year. If you’d like to become a part of this instrumental organization, go to http://www.centralvalleycwa.org or call Marlene Miysaki at (559) 278-2861. 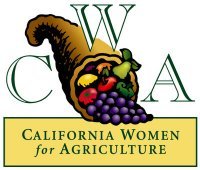 Over 70 members of California Women for Agriculture (CWA) from all over the state attended legislative and lobbying efforts in Sacramento on May 6th and 7th, 2014.

Last Monday’s meeting provided an overview of legislation currently in front of elected officials in Sacramento.

With over 70 women committed to lobbying last Tuesday, CWA was able to attend 86 appointments with elected officials.  Many of the appointments were secured through CWA’s Adopt-a-Legislator Program.

This program unites urban legislators with CWA Chapters to help educate them about pending legislation and other issues facing agriculture by committing to continue communication with the Adoptee throughout the year.

Recipients of the Cornucopia award are from an urban area and have displayed a commitment to agriculture through their work as an elected official.

CWA hosted a Legislative Reception at Downtown & Vine in Sacramento.  This well attended event was open to all elected officials, their staff as well as trade organizations and state commissions.

For more information about California Women for Agriculture including membership, donations and chapter activities in your area, please call 916-441-2910 or email info@cawomen4ag.com.

California Women for Agriculture is a non-profit organization boasting 2,000 plus members across the state. CWA is the most active, all volunteer agricultural organization in the state and members are actively engaged in public relations, education and legislative advocacy on behalf of agriculture.

Exhibits will include advances in aquaculture and a demonstration of robotics featuring an electronic milking cow named Buttercup.

Ag Day will recognize the centennial anniversary of the University of California’s Office of Agriculture and Natural Resources, which has helped stimulate a culture of innovation in California agriculture during its 100-year history of bringing knowledge from academic research laboratories to farmers and ranchers throughout California.

The event will also include the announcement of a new partnership between CA Grown and Visit California – celebrating the collaboration between farmers and chefs to make California a culinary destination for millions.

WHY: Ag Day is an annual event to recognize California’s agricultural community by showcasing the numerous commodities that are produced in our state.

It is also a day for the agricultural community to show its appreciation by bringing together state legislators, government leaders and the public for agricultural education and healthy treats.