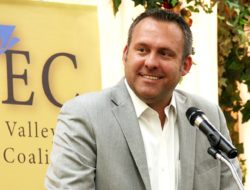 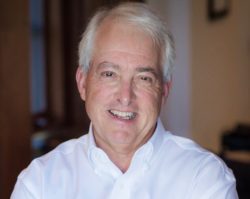 The California Farm Water Coalition estimates the financial impact to Valley communities could be over $3 billion annually, with 6,500 jobs lost as a result.

Cox visited Fresno County last month to express support for the proposition 3 water bond. This announcement was ahead of visits to Fresno and Bakersfield.

“I am deeply disappointed yet sadly not surprised by the decision by the State Water Resources Control Board addressing flows on the San Joaquin river,” Cox said. “The complete failure of the Sacramento establishment to provide the necessary funding, authorization, and will to build adequate surface water storage is the single greatest reason California continues to suffer unnecessary water shortages. Even the most recent approval of funds by the California Water Commission for both the Sites and Temperance Flat reservoirs are but a fraction of the funds needed to complete these two vital water storage projects.”

“The time for action is long overdue and they need to stop the water grab,” Cox said. “As Governor, I and my appointments to all California boards and commissions—but in particular the State Water Resources Control Board and the California Water Commission—will take the steps necessary to develop sufficient water storage for California’s residential, agricultural, and business needs, while protecting our aquatic environment, the Delta, and our oceans.”

“Gavin Newsom is the very embodiment of the ‘Sacramento political class’ that ignores the plight of everyday Californians,” Cox said. “He will continue to spend countless billions of hard-earned tax dollars on proven failures like the so-called High-Speed Rail project rather than demand construction of essential water storage infrastructure to meet California’s needs—including environmental purposes, which today already use more water than all California agriculture.”

California State Water Resources Control Board (“SWRCB”), in response to a Temporary Urgency Change Petition filed by the CVP and SWP operators, issued an order that had the effect of undermining water rights and contracts, regardless of historic priority, under SWCRB control for “health & safety” purposes. The current proposal would cause State Water Project (SWP) and Central Valley Project (CVP) agricultural surface water deliveries to cease until 2015. Areas in need of “health & safety” water for the next year are undefined and not one evidentiary hearing has occurred.

Further, an official SWRCB decision was scheduled for March 12, 2014. A formal request for a delay of decision until March 21, 2014 was submitted by Senator Feinstein, Senator Boxer, Congressman Garamendi, and Congressman Costa on March 5, 2014. SWRCB’s response was received on March 10, 2014, but with no clarity as to when they will implement further orders or hold hearings.

The State Water Board’s mission is to preserve, enhance and restore the quality of California’s water resources, and ensure their proper allocation and efficient use for the benefit of present and future generations. The State Water Resources Control Board (SWRCB) and the nine Regional Water Quality Control Boards (Regional Boards) protect water quality and administers surface water rights.

California Senators Dianne Feinstein and Barbara Boxer and Congressmen John Garamendi and Jim Costa sent a joint letter on March 5, yesterday, to Tom Howard, Executive Director, California State Water Resources Control Board urging them to delay issuing a proposed order prioritizing water deliveries throughout the state, expected to be handed down as early as next week, until at least March 21.

In their statement, posted by the Bay Planning Coalition, the lawmakers urge the Water Board to delay its “extraordinarily far-reaching proposed order”. . . “to make sure it is correctly calibrated to minimize the potentially devastating effects on many Californians.”

They acknowledge the coordinated efforts between difference levels of government, but urge the Board to “avoid catastrophic reductions of water deliveries to California agriculture”.

Continuing, allowing more time would provide the Water Board with the best available information for these “complex water delivery decisions that could affect large parts of California, especially those regions that are integral to our nation’s agricultural economy.”

“We acknowledge that the Board is eager to issue a decision so that senior water rights holders do not plant crops with the expectation of receiving a 40 percent CVP water allocation when public health and safety considerations may require a significant cutback.”

Finally, they ask that the water decision “be formulated with great care so that its burdens do not unduly fall on those who have already had to give up a great deal.”