The California Milk Advisory Board (CMAB) today announced finalists in the 2020 Real California Pizza Contest (RCPC) – a search for the best recipes using Real California Cheese. The contest, in its second year, will award prize money totaling $30,000 for the most innovative use of cow’s milk cheeses from California in three categories. 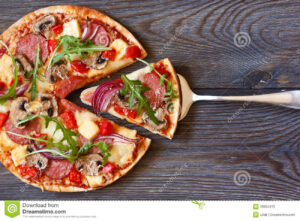 This year’s contest features the best pizza recipes from the United States and Mexico with the winner of the “Campeonato Mexicano de la Pizza”, sponsored by the CMAB in late 2019, earning a guaranteed spot as a finalist in the bakeoff. The international expansion of the contest displays the broad appeal and application of California dairy at foodservice outside of the United States.

After careful evaluation of pizza names, inspiration, recipe and use of ingredients, eleven individuals have been selected as finalists in three respective categories: Cal-Mex, The REAL California, and Plant-Forward.

“Pizza has global appeal and offers a blank canvas for expression. We are inspired by the creativity and innovation that went into these recipes, which represent a spectrum of ingredients and flavor combinations all brought together with California cheese” said Mike Gallagher, Business and Market Development Consultant for the CMAB.  “We are also thrilled that we have such a diverse breadth of geographic representation in the finalist group and are looking forward to seeing them in action.”

The virtual bakeoff takes place on October 10, 2020, at the Culinary Institute of America in Napa, Calif., where pizzas will be prepared and baked onsite for a blind evaluation by judges. Category winners will receive $5,000 and the Grand Prize Winner, selected from all category winners, will receive an additional $10,000. All remaining finalists will receive $500 each.

Following are the finalists in the 2020 Real California Pizza Contest:

The first cheese made by Turlock based – Karoun Dairies, the iconic Hand-braided String Cheese, was awarded 1st Place in the String Cheese, Flavored Category at World Championship Cheese Contest 2020. Dairy experts from around the world gathered at the Monona Terrace in Madison Wisconsin, judging a record-breaking 3,600 cheese, yogurts, butters and other dairy products from 26 countries.

Karoun Marinated String Cheese, the company’s original, classic-style String, marinated to perfection with extra virgin olive oil, garlic and herbs, was one of 16 entries for String Cheese, Flavored and scored an impressive 99.70 Best of Class. The Karoun Cheese line of handcrafted braided string cheeses are made with Real California Fresh Milk.

“We are thrilled that our first product category, released over 25 years ago, has won gold in this distinguished competition,” said Rostom Baghdassarian, CEO at Karoun Dairies. “We’re honored that our other cheeses also placed high in their categories, but the win for our string cheese, which is still braided by hand to this day, is especially appreciated. We work tirelessly to make sure that the solid reputation of Karoun delivers for our loyal customers across the country.”

“It is such a competitive contest that you’re really looking for even the most minor defects,” said judge Chad Caler. “You’re looking at the packaging, the surface–is the color even? And then, of course, the flavor everyone cares about, and the texture.”

Founded in 1992, Karoun is a family-owned manufacturer, distributor and marketer of specialty-branded, ethnic food and beverage products, including cheeses, yogurts, yogurt beverages, spreads and dips. Through a diverse base of retailers and distribution channels, the Company’s products appeal to the fast-growing multicultural population, as well as to mainstream consumers who are increasingly adopting ethnic cuisines.

Winners of over 170 best-in-class awards, Karoun’s high-quality, branded products have a loyal following around the world. The Company is strategically located in the dairy-rich state of California, with a distribution center in San Fernando and a manufacturing plant in Turlock.

Karoun still maintains their original network of local, artisan merchants, but now also has distribution through nationwide and international mainstream retailers. Karoun cheeses and yogurts are made with Real California Milk from cows free of growth hormones. 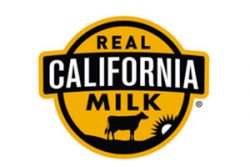 The California Milk Advisory Board (CMAB) has selected four students to serve as interns in the second year of the international dairy leadership program. Jessica Brown, Stefani Christieson, KayCee Hartwig-Dittman and Makayla Toste will serve as dairy representatives, working with marketing teams representing CMAB during the summer in Mexico, South Korea and Taiwan.

The interns, selected from students enrolled in agriculture-related programs at colleges and universities throughout the state, were chosen based on academic achievement, connection to the dairy industry, and a willingness to travel abroad and learn more about international dairy sales and marketing as well as a plan to work in the California dairy industry in the future.

Over the six-week period, each intern will spend time with in-country CMAB marketing organizations—Brown in Taiwan, Christieson and Hartwig-Dittman in South Korea and Toste in Mexico—to gain a better understanding of these markets, consumer buying habits, and promotional efforts on behalf of California’s dairy industry.

Brown is currently enrolled at Fresno State, majoring in agriculture business. She was raised on her family’s vineyard in Tracy and has always had a passion for agriculture. Her desire to learn about agriculture outside of the U.S. has provided her with opportunities to study abroad, most recently in Spain. Because of her love of travel and learning about other cultures, Jessica is focusing on international marketing at college, with plans to work in this field of study upon graduation in 2020. Brown is a member of the agriculture marketing team at Fresno State and will be working with Steven Chu and Associates in Taipei, Taiwan.

Christieson is a recent graduate of the UC Davis, where she received her B.S. in Political Science and minors in economics and French. She will be attending graduate school in the fall at Sciences Po in Paris, France, for a year and then will complete the program at Fudan University in Shanghai, China in year two. Christieson plans to complete her master’s degree in international economic policy and pursue a career as agriculture economic policy advisor for an agriculture export market organization to help California farmers continue to expand into emerging and established markets overseas. Christieson will be working with Sohn’s Market Makers, Ltd. in S. Korea.

Hartwig-Dittman is currently enrolled at Fresno State, where she is majoring in dairy science and is employed at the dairy unit on campus. She has a culinary arts degree from Diablo Valley Community College and has experience working in the restaurant industry in California. Her love of travel and food has allowed her to travel outside of the U.S., where she has learned to use dairy products in new and creative ways with hopes to find innovative ways to introduce dairy to consumers around the world. Hartwig-Dittman will also be working with Sohn’s Market Makers, Ltd. in South Korea.

Toste, a second-generation dairy farmer from Newman, received her B.S. degree in Animal Science with an emphasis in dairy science. During her last year at Fresno State, Toste served as the assistant herdsman for the Fresno State dairy unit, where she was responsible for the day-to-day operations of the dairy and an officer for the Fresno State Dairy Club. After the internship, she plans to work in the California dairy industry in promotion and marketing to help keep the industry viable for the next generation of farmers. Toste will serve as an intern with the team at Imalinx in Cuernavaca, Mexico.

“California accounts for more than 33 percent of all U.S. dairy exports so international trade is essential for our continued growth. Over the last decade, the CMAB has worked closely with partners in Asia and Mexico to develop markets for California dairy products. This program is focused on providing insight into international dairy marketing for future leaders like Jessica, Stefani, KayCee, and Makayla, who will work in the dairy business and one day serve on dairy industry boards and lead industry groups,” said Glenn Millar, Director of International Business Development for the CMAB.

The goal of the CMAB International Internship program is to provide agriculture/dairy college students an opportunity to learn about dairy foods and marketing in the international marketplace. The program looks to develop leaders who will serve on dairy industry boards and work in dairy foods production, processing, or sales/marketing. 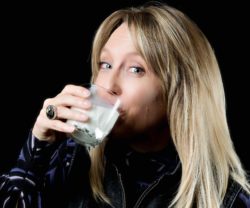 “It’s a series of short, analyzed videos with our dairy families because when we talk to consumers, it’s really sharing the story, not just about the food, but about the families. So it’s all about returning to real. Real foods from real families, kissed by the California sun.”

Giambroni said the dairy food story is easy to tell.

“Obviously everyone loves dairy products. They love dairy foods. But we really want to get to know the farmers behind the seal. Why do you care if you buy that Real California Milk product? It’s because you’re supporting actual dairy families.”

And another place to view those unique videos is at the RealCaliforniaMilk.com website.

Across the country, National Dairy Month will be celebrated during the month of June to promote the consumption of dairy products. Though California is the number one dairy state, California dairy farmers have been experiencing a decline in dairy production amidst high labor costs, competition from other states and declining profit.

Founded in 1937 as National Milk Month with the goal of increasing milk consumption to stabilize the dairy surplus, the holiday was renamed National Dairy Month to encompass all dairy products.

States such as South Dakota and Wisconsin have ramped up their milk production significantly, which has stressed California producers to even the gap. According to Raudabaugh, the term oversupply doesn’t necessarily apply to the dairy conditions in this state. She remarked, “We’re actually in a 17-month decline at the moment, which is the longest decline [in milk production] we have ever been in.”

The dairy industry has managed to be very competitive with wages, another stressor, but the high labor costs are hurting production companies. “As things get more and more competitive globally,” said Raudaubaugh, “we are going to continue to struggle to figure out how those margins play out.”

“The margin is going to continue to shrink, especially as wages get more and more competitive,” Raudaubaugh observed. “Being a worker on a dairy farm is certainly very wage-competitive throughout the agricultural industry. We cannot keep workers at anything less than about $16 or $15 an hour as it is, so it’s a good time to be a worker in the dairy industry. It’s a good craft and skill to have if you become a milker.”

Given Western United Dairymen’s mission to promote and administer programs and policies aimed at maintaining the longevity of the dairy industry on the West Coast, and as the milk industry struggles and continues to face tough times, Raudabaugh has a solution: “Eat more cheese.”

Enter: National Cheese Day every June 4! According to the California Milk Advisory Board website and California Department of Food and Agriculture (CDFA) 2014 data, California is the #2 cheese producing state—right behind Wisconsin—and the #1 producer of Monterey Jack cheese. An amazing 43% of California’s cow’s milk is used to make California cheese, which is produced by more than 50 California cheesemakers.

Even beyond cheese, Raudabaugh said, “There is a tremendous amount of diversity in the way people have exposure to dairy products they don’t even know about. There are yogurts and sour creams, ice creams, and whey products.”  She believes market sectors should understand more about the dairy products consumers are exposed to every day to increase not only more milk consumption, but higher-value dairy as well.

“The diversification of the product line is really what has kept us in business,” reflects Raudabaugh, “It’s what keeps us looking to the horizon and looking to the future optimistically, even in the face of some pretty bad milk prices right now.”