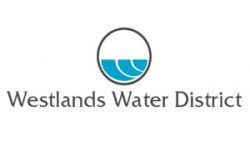 The following is a joint statement by Jason Peltier, executive director of the San Luis & Delta-Mendota Water Authority and Tom Birmingham, general manager of the Westlands Water District on today’s filing of a lawsuit to compel the U.S. Department of the Interior, Bureau of Reclamation to reassess its Endangered Species Act (ESA)-related actions.

U.S. Bureau of Reclamation Fails to Consider the Environmental Impacts of Biological Opinions Which Have Been Devastating Communities

FRESNO, CA-TODAY the San Luis & Delta-Mendota Water Authority (SLDMWA) and Westlands Water District (WWD) filed a lawsuit in federal court to compel the U.S. Bureau of Reclamation (“Reclamation”) to examine the effectiveness of the existing measures intended to protect endangered species, the environmental impacts of those measures, and whether there are alternatives to those measures that would better protect both endangered fish species and California’s vital water supplies.

It is beyond dispute that Reclamation’s implementation of the Biological Opinions (BiOp) has important effects on human interaction with the natural environment.  We know that millions of people and vast areas of some of America’s most productive farmland will be impacted by Reclamation’s actions.  Those impacts were not the focus of the BiOp….  We recognize that the preparation of an Environmental Impact Assessment (EIS) will not alter Reclamation’s obligations under the ESA.  But the EIS may well inform Reclamation of the overall costs – including the human costs – of furthering the ESA.

The court-ordered review provided Reclamation a rare opportunity to reexamine the necessity for and the benefits of the existing measures, as well as the resulting impacts on the environment and water supplies, potential alternative measures, and new information and studies developed since 2008 and 2009.  It provided Reclamation an opportunity to make a new and better-informed choice.

Unfortunately, Reclamation neglected to take advantage of that opportunity. In November 2015 Reclamation completed an EIS that did not examine whether the measures are necessary or effective for protecting endangered fish populations.  Instead of analyzing the existing measures, Reclamation accepted them as the status quo.

The EIS did not identify any mitigation for the water supply lost to these measures, despite current modeling that estimated how the existing measures would reduce the annual water delivery capabilities of the Central Valley Project and State Water Project. Loss was estimated to be over 1 million acre-feet on a long-term average and in spite of years of harm caused by implementing the measures.

Nor did the EIS try to identify alternatives that could lessen these impacts.  Reclamation attempted to minimize the impacts of lost surface water supply by unreasonably assuming the lost supply would be made up from increased pumping of already stressed groundwater supplies.  In its Record of Decision issued January 11, 2016 Reclamation announced that it would continue on with the existing measures, and provide no mitigation.

It is inexplicable that Reclamation would pass up the opportunity to reassess the existing measures and make a much more careful and robust analysis than what is found in the EIS.  NEPA requires no less.

The lawsuit filed today seeks to compel Reclamation to do the right thing and perform the analysis it should have.  If successful, the lawsuit may ultimately result in measures that actually help fish, and identify mitigation activities or alternatives that lessen or avoid water supply impacts that millions of Californians in the Central Valley Project and the State Water Project depend on.

Many of those affected reside in disadvantaged communities and are already struggling to pay for a water supply made scarce by layers of other, yet equally ill-advised bureaucratic regulations.  California’s water supply is too precious for Reclamation not to make the best informed decision it can.

Joel Nelsen, the president of the Exeter-based California Citrus Mutual noted that most homeowners do not realize how intensive it is for authorities to monitor traps for the Asian Citrus psyllid (ACP) at their homes.

“Most people don’t realize how intrusive this process is,” said Nelsen. “You’ve got a member of the County Ag Commissioner’s office driving down a street. He sees a citrus tree in a front yard, or he can see it’s tall enough in the back. He knocks on the door. The homeowner’s not home, so he has to come back.”

“It’s a constant bother to that homeowner,” Nelsen said. “Eventually, they find more than one ACP. Then the inspector says: ‘Can I spray a crop protection material on your tree and kill the Asian citrus psyllid?’”

Nelsen noted that the inspector visited five times already within a two month period, and now he needs to do inspect elsewhere, so having that homeowner be amenable to that much intrusiveness is a significant goal.

Nelsen noted, “The consumer education program that forms the partnership between us and them, from our perspective, is vitally important so the consumers understand what Huanglongbing (HLB)—the fatal citrus disease carried by ACP—is”.

“Then when you find Huanglongbing (HLB),” said Nelsen, “and hopefully it’s very minimal, that homeowner is more likely to agree that the tree must be removed. Fortunately, everybody has said: ‘Yes.’”