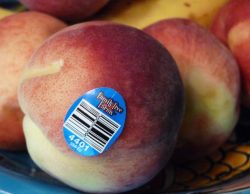 California farmers are careful with crop protection products because they know the importance of producing safe and wholesome food for their customers across the nation and in their export markets. “However, I think that there are some real challenges facing growers in California today,” said Thomas Jones, senior analytical services director for the Fresno-based Safe Food Alliance.

“As growers send their commodities around the world, they’re facing increasing challenges of knowing the right chemicals to apply and at what levels. We have our own strict regulations within California, if needed, [that govern] not only the application but also the maximum residue levels (MRL) or tolerances allowed for various crops,” said Jones.

“That’s also carried onto the federal level; we have very strict EPA regulations. But as we [export] into other countries, they may have entirely different regulations,” said Jones. He noted this could be confusing not only to farmers, but also to registrants of crop protection materials because there is a lack of standardization of MRLs in different countries.

“Historically, there was the CODEX system, a UN-based system geared towards a more international standard for pesticide residues. It was very thought out, and very scientifically based,” Jones said.

However, as Jones explained, many countries do not want to follow the important scientific standard. “Increasingly, we are seeing countries want to establish their own systems, their own tolerances. They may be responding to their own political pressures within their countries.”

“We are seeing a process called ‘deharmonization’ in which every country wants to establish its own positive list of what is allowed and what is not allowed in [farm] products. Sometimes, those are in agreement with U.S. regulations and California state regulations; sometimes they are not. So it is important that [our] growers know not only what is legal in this country and in our state, but also what is allowed in their target [export] markets.”

Jones commented it is now known that some of these marketers [apply] random low MRLs and keep other MRLs high on some of their own products in order to get a marketing edge. “Some of those MRLs may or may not be based on any scientific standards.”

“There are a number of great tools out there,” he said. “There are a number of great software programs. Obviously, anything that [information growers] can get out of the print media or any educational courses are really essential. It is important to work with your Pest Control Adviser (PCA), as well. It’s important that [farmers] know what they are up against, as far as growing these crops,” said Jones.

The Safe Food Alliance is available to growers to help them qualify to meet the standards in the U.S. and abroad. “We [provide] training twice a year on fumigation safety for the various processors of dried fruits and tree nuts. We focus particularly on commodity fumigations and on what treatments are allowed and not allowed. We also have a full-service pesticide-testing laboratory and are very aware of the requirements in these other countries, so we’re happy to help both processors and growers with our monitoring efforts,” noted Jones.

Featured Photo: For these California-grown peaches to be shippable to any out-of-state U.S. consumers or international export markets, they must meet scientific Maximum Residue Levels (MRLs).

C O D E X  A L I M E N T A R I U S, the international food standards, guidelines and codes of practice contribute to the safety, quality and fairness of the international food trade. Begun in 1963, Codex standards are based on the best available science assisted by independent international risk assessment bodies or ad-hoc consultations organized by Food and Agricultural Organization of the United Nations (FAO) and World Health Organization (WHO). Consumers can trust the safety and quality of the food products they buy and importers can trust that the food they ordered will be in accordance with their specifications.