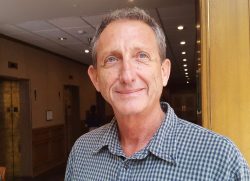 Higher wages handed down by the California Legislature are driving California winegrape growers to mechanize many farming operations. Doug Beck, geographic information systems (GIS) specialist and agronomist for Monterey Pacific Incorporated who works with winegrowers in the Salinas Valley, commented, “We don’t have the people; that’s the main problem. We can put bodies out in the field, but we can’t get the work done the way it needs to be done, at the time it needs to be done,” he said.

So the industry has no choice but to go mechanical on pruning, leafing as well as harvesting. Beck explained pruning has been tough to mechanize. “We’re basically just trying to do a system that is pruned by a tractor, creating a box head that self-regulates—it sets the amount of crop it needs and grows the size canopy it needs in order to balance that vine, produce good quality grapes and produce enough to be economically viable,” noted Beck.

Economic viability—profit—is critical, according to Beck. “In fact, it is true sustainability. Otherwise we’re not in business,” he said.

Beck has discovered that mechanical pruning into a box shape on the trellis wires, “works across all varieties we’ve tried. We’re definitely in a cool area for grape production,” Beck said, “so those are the kind of grapes that we’re growing: Pinot Noir, Grenache, Chardonnay, and Pinot Gris, along with some Cabernet.”

“The mechanical process appears to be working well because growers are seeing a bump in yield of 30 to 50 percent,” Beck commented, “and they are saving about $1,000 per acre. Economically, it makes a lot of sense.”

“Quality is definitely acceptable. It’s as good as any other trellis system we have out there. Quality comes from vine balance and fruit exposure to light, and that box prune system accomplishes both,” said Beck. 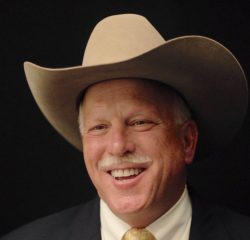 Fifth-generation Parkfield rancher in southern Monterey County and 2016 Vice President of the National Cattlemen’s Beef Association, Kevin Kester, was introduced to the viability of potentially beneficial uses of owning and using a drone on his ranch for agricultural purposes.

As owner and operator of Bear Valley Ranch & Vineyards, the family’s cattle and winegrape operations, Kester anticipated the biggest benefits of drone ownership would be the capability to check on cattle and ensure their safety from a bird’s eye view, and to determine water levels in reservoirs—a task that in the past could be completed only on foot or by vehicle. Cattle safety is especially important for ranchers, according to Kester, as the cattle industry has been experiencing stagnation in production.

Kester said having a drone would also helpful for security issues. He wants to detect human intrusion on his land, a problem that he experienced recently. “There have been some hunter-related trespass issues and people coming onto the ranch,” he said. “We’ve actually had cattle and horses shot.”

Kester, who is also a member of the California Association of Winegrape Growers, Paso Robles Wine Country Alliance and the Central Coast Vineyard Team, will purchase a commercial drone package and believes this modern technology will give not only cattlemen, but growers in California, a new way of assessing safety, production and maintenance.