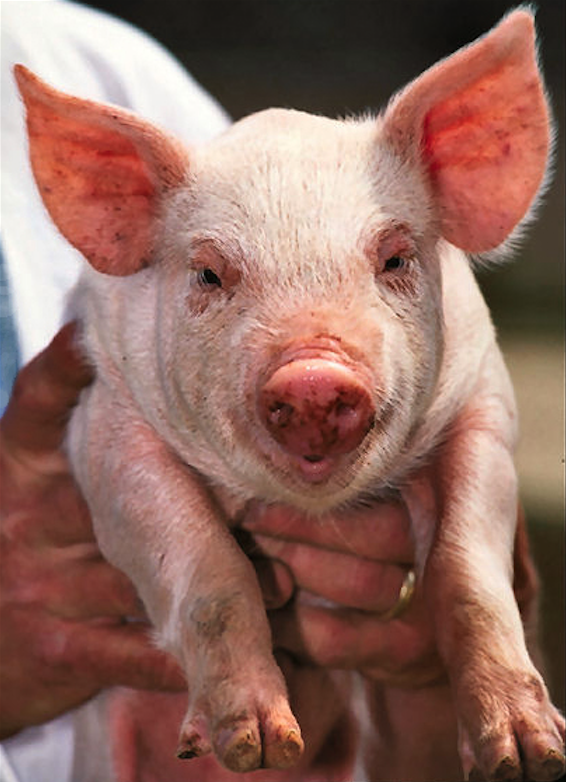 First detected in the U.S. in 1987, Porcine Reproductive and Respiratory Syndrome Virus (PRRS Virus or PRSSv), a recently recognized incurable viral disease of pigs that can cause animal reproductive failure, reduced growth and premature death, costs American farmers approximately $600 million in damages each year.[1] Genus PIC, a global pioneer in animal genetics, announced the development of the first pigs resistant to PRRS Virus through a long-standing collaboration with the University of Missouri’s College of Agriculture, Food and Natural Resources. Specifically, they bred pigs that do not produce a protein necessary for the virus to spread.

The swine industry is invaluable to California’s agriculture, according to the California Department of Food and Agriculture (CDFA), and the demand for swine in California is increasing greatly. Expanding ethnic populations have created new demands in the marketplace.

CDFA’s Animal Health Branch aids in the management of swine diseases because of the highly contagious nature of some diseases to swine, other species of livestock and/or people. Due to expanding international trade and travel, highly transmissible foreign animal disease can spread rapidly if undetected or detected but not reported.

Currently, CDFA participates in monitoring for PRRSv through the California Animal Health and Food Safety Laboratory System; however, since no vaccine has been effective and no control program has been proposed, preventing the spread of PRRSv within and between pig populations is a critical component of a farm’s disease control program.

CDFA Animal Health and Food Safety Services’ swine health experts recommend farmers look for blisters on hooves and on the snout, unusual or unexplained illness, hemorrhagic septicemias, unusual skin lesions ranging from cyanotic patches on the ears and abdomen to raised, scabby lesions mainly on the legs, high morbidity or mortality. If you suspect you are dealing with such a disease, contact CDFA at (916) 900-5002 or your district office.

Genus is dedicated to the responsible exploration of new innovations that benefit the wellbeing of animals, farmers, and ultimately consumers. PIC, a subsidiary of Genus, is the global leader in providing genetically superior pig breeding stock and technical support for maximizing genetic potential to commercial pork producers. PIC has been delivering genetic improvements for over 50 years.

The University of Missouri has signed a global licensing deal for future commercialization with Genus. If development continues, Genus will seek approvals and registration from governments before a wider market release. Genus expects that it will be at least five years until PRRSV resistant animals will be available to farmers.

Basi, Christian, Pigs that are Resistant to Incurable Disease Developed at University of Missouri: Discovery about PRRS virus could save swine industry hundreds of millions of dollars; Exclusive deal signed with global leader in animal genetics, December 8, 2015