Federal Land Policies Will Be Discussed

Today, the American Agri-Women (AAW) is hosting its 26th annual symposium in Washington, D.C., starting at 9 a.m. with the focus on private and public land use agreements.

“Federal Land Policies: The Good, the Bad and the Ugly” will be held at the Department of Interior’s Sidney Yates Auditorium, 1849 C Street NW, and is free and open to the public. Pre-registration is not required. The program may be viewed at https://americanagriwomen.org/wp-content/uploads/2019/06/2019-Symposium-Schedule.pdf.

The symposium is hosted each year by AAW’s Presidents’ Council, which is made up of the organization’s previous presidents. This year’s symposium will bring together prominent land use specialists and the Department of Interior’s directors for an open discussion.

The event’s keynote speaker is Myron Ebell, Director of the Center for Energy and Environment at the Competitive Enterprise Institute. Ebell also chairs the Cooler Heads Coalition, which comprises representatives from more than two dozen non-profit organizations based in the United States and abroad that challenge global warming alarmism and opposes energy rationing policies.

Other featured panelists include Brenda Burman, Commissioner of the Bureau of Reclamation; Harriet Hageman, Hageman Law P.C. in Cheyenne, Wyoming; and Dr. Andrea Travnicek, Principal Deputy Assistant Secretary of Wildlife and Parks. A Department of Interior “Welcome” will be given my Susan Combs, Senior Advisor to the Secretary of the Interior exercising the Authority of the Assistant Secretary for Fish and Wildlife and Parks and lead for DOI Reorganization. 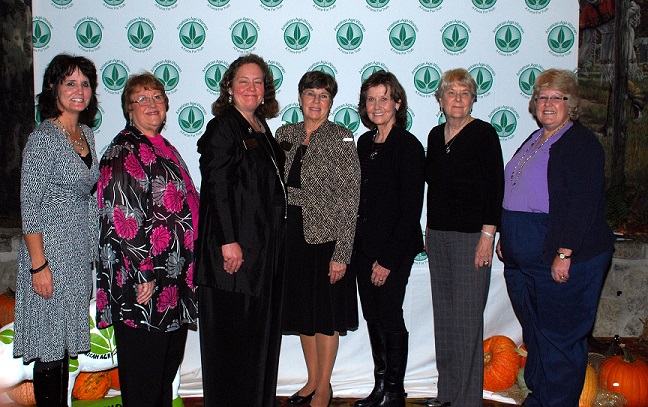 American Agri-Women (AAW) kicked off its year-long celebration of its 40th anniversary at its annual convention held recently in College Corner, Ohio. The organization also elected its national officers and recognized outstanding advocates for agriculture.

AAW is the nation’s largest coalition of farm, ranch and agribusiness women representing more than 50 state, commodity and agribusiness affiliates. The 39th annual convention’s theme was “Bridging the Path From Farm to Fork” and was hosted by Ohio Agri-Women.

National officers for 2015 are:

Since 1974, AAW members have worked together to educate consumers; advocate for agriculture; and offer networking and professional development opportunities. Go to the AAW web site for more information and to join, www.americanagriwomen.org.