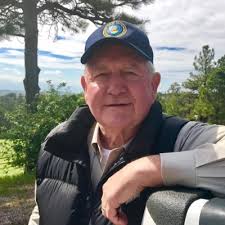 U.S. Secretary of Agriculture Sonny Perdue this week praised the Environmental Protection Agency (EPA) for defining the Waters of the United States (WOTUS) rule with the Navigable Waters Protection Rule:

“President Trump is restoring the rule of law and empowering Americans by removing undue burdens and strangling regulations from the backs of our productive farmers, ranchers, and rural land-owners. The days are gone when the Federal Government can claim a small farm pond on private land as navigable waters,” Secretary Perdue said. “I thank President Trump and Administrator Wheeler for having the backs of our farmers, ranchers, and producers and for continuing to roll back Federal overreach. With reforms and deregulation, Americans once again have the freedom to innovate, create, and grow.”

On January 23, 2020, the U.S. Environmental Protection Agency (EPA) and the Department of the Army (Army) fulfilled yet another promise of President Trump by finalizing the Navigable Waters Protection Rule to define “waters of the United States” (WOTUS). For the first time, the agencies are streamlining the definition so that it includes four simple categories of jurisdictional waters, provides clear exclusions for many water features that traditionally have not been regulated, and defines terms in the regulatory text that have never been defined before. Congress, in the Clean Water Act, explicitly directed the Agencies to protect “navigable waters.”

The Navigable Waters Protection Rule regulates these waters and the core tributary systems that provide perennial or intermittent flow into them. The final rule fulfills Executive Order 13788 and reflects legal precedent set by key Supreme Court cases as well as robust public outreach and engagement, including pre-proposal input and comments received on the proposed rule.

The Navigable Waters Protection Rule protects the environment while respecting states, localities, tribes, and private property owners. It clearly delineates where federal regulations apply and gives state and local authorities more flexibility to determine how best to manage waters within their borders. Assertions have been made that the new rule will reduce jurisdiction over thousands of stream miles and millions of acres of wetlands. These assertions are incorrect because they are based on data that is too inaccurate and speculative to be meaningful for regulatory purposes. The final rule along with state, local, and tribal regulations and programs provide a network of protective coverage for the nation’s water resources.

For more information on the New Definition of WOTUS Click here.

Back in 1950, almond growers asked the United States Department of Agriculture to approve a Federal Marketing Order, so they could all work together to improve the quality and marketing of their crop.  The Almond Board of California was born. A lot has changed since our establishment 64 years ago, including a name change (we used to be called the Almond Control Board) and the broadening of our programs from what initially was just quality standards compliance. Today, we call ourselves an agricultural promotion group.

In their current form, agricultural promotion groups are made up of farmers – in our case growers and handlers – who work together to educate consumers and to research, innovate and promote what they produce.

While you may have never heard of us before, these groups are part of an American tradition and are ingrained in our culture. Whether it’s the dancing California raisins, “Got Milk?,” “Incredible Edible Egg,” “Pork: The Other White Meat” or “Beef: It’s What’s for Dinner,” agricultural promotion groups have created and funded these campaigns. (By the way, have you seen our own “Crunch On” ad campaign that was launched in 2013?)

Different ag promotion groups work in different ways, but essentially they are founded and funded by industry members. They are not funded by taxpayers, which is an occasional misconception. Each year almond handlers contribute money to fund Almond Board marketing and research programs. We develop our own programs and direct our own research, with the USDA providing oversight and review of all external messaging, to make sure they are accurate and comply with FDA and FTC regulations.

At the Almond Board of California, we have worked hard not only to help our favorite nut overcome certain negative perceptions due to their oil content, but more importantly to become the number one nut that surveyed North American consumers associate with being nutritious and heart healthy.*† By creating demand for almonds, we work to build global markets for California Almond growers and handlers.

In terms of research, we have funded $42 million in almond quality and food safety, nutrition, environmental, and production research since 1973.  From developing a new nutritional supplement for our pollinators – the honeybee – to improving water efficiency by 33 percent per pound of almonds produced over the last two decades, the Almond Board constantly strives to be a stellar guardian of the natural resources that almond growers and handlers employ to produce one of the finest foods in the world.

Click here to learn more about the Almond Board of California.