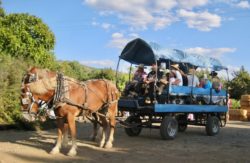 Agritourism is growing in California, along with sales and production of much of the world’s fruits, vegetables, and nuts. More and more people are paying to enjoy the bounty and beauty of California’s farms and ranches by touring peach and cherry farms near Fresno, taking classes in beekeeping, attending festivals devoted to strawberries or attending a host of other activities offered by farmers and ranchers throughout the state.

Many farmers could benefit from agritourism and the added value it brings, but developing successful agritourism operations can be tricky. Experts at the Agricultural Sustainability Institute (ASI) at UC Davis are helping farmers and others in the agricultural community understand the regulations, permits, insurance, marketing and other considerations needed to succeed.

Leff led previous projects that offered agritourism education to groups of farmers, ranchers, and others involved in California agritourism. In this new project, Leff is providing comprehensive training to smaller, more targeted groups that will then offer training to others in their community.

“We’re helping farmers and ranchers assess their agritourism potential, whether it be U-pick farming, dinners on the farm, classes or even overnight lodging,” Leff says. “We help navigate everything from zoning ordinances to marketing plans.”

The project’s ultimate goal is to develop at least 24 clusters of vibrant agritourism operations in California that sustain producers, educate visitors and support the economic health of the entire community.

As Leff explained, “Agritourism is an exciting opportunity for farmers, and also for visitors who can learn about and enjoy what farm living has to offer.”

You can learn more about agritourism opportunities at the ASI agritourism website. For more information on upcoming workshops, contact Penny Leff at paleff@ucdavis.edu or call 530-752-5208.

Social and conventional media are sharing widespread and varied opinions about California farmers and farming across the Central Valley and beyond, using soundbites in place of fact-based dialogue.

At a recent workshop called “Food for a Healthy World: Monitoring Progress Towards Food Security,” sponsored by the UC Davis World Food Center and the UC Agricultural Issues Center, William Clark, Harvey Brooks Professor of International Science, Public Policy and Human Development, John F. Kennedy School of Government, Harvard University, at first appeared to dodge giving his opinion. “It would be dumb beyond belief for me to have opinions about farmers in California,” explained Clark, “except I enjoy what they produce.”

The goal for the group of campus and visiting experts who attended the workshop was to reach agreement on the major factors that must be considered to sustainably feed the world’s population. “The reason I’m here,” he said, “is because I work on sustainable development issues broadly, and much of what is going on here in California in the farming sector as well as in the energy sector are some of the most fascinating and useful experiments anywhere—in grappling with these issues. And I come out fairly frequently to UC Davis because I find it a wonderful point of contact with the farming community here. I’ve borrowed some UC Davis students, and I learn a lot when I visit.”

Clark explained, “I think California is a state that obviously thinks hard about how it can be a productive, vibrant economy, while taking care of the environment and of the people,” evidenced by great creativity and ingenuity among California farmers and researchers. “My colleague, Tom Tomich, director of the Agricultural Sustainability Institute at UC Davis recently co-authored one of the first peer-reviewed articles* to emanate from the California Nitrogen Assessment (CNA), an ongoing project at UC Davis.”

Assessment research indicates that while there are many pathways through which nitrogen can enter the environment, inorganic fertilizer use is responsible for the largest fraction of new nitrogen introduced in California annually. Currently, over 600,000 tons of nitrogen fertilizer are sold in the state each year.

Tomich maintains that better nitrogen use information is indispensable for the collaborative development of effective solutions to increase nitrogen use efficiency and save farmers money. The article describes both how nitrogen flows in crop production, but also how farmers can limit the flows that create problems in the environment.  Also included are recommendations on how data could be better compiled to improve understanding of statewide trends in fertilizer use.

Clark claimed, “That’s the best nitrogen study that’s been done anywhere in the world in terms of showing how farmers are working and could be working to capture the benefits of fertilizer without offsite damages to the environment.”

Regarding these offsite flows, Clark emphasized, “I’ve almost never met a farmer who does not care deeply about the land, or the fisher about the health of the fishery or of the sea. And I think sometimes the debates that between the conservation and farm communities go completely nuts on this,” Clark explained. “I mean, you start with somebody who is making their living—has chosen a life—on the land. That’s where you start.”

“That said, all of us end up sometimes doing stuff that has some consequences we didn’t intend,” stated Clark. “I look to the science community to help all of us, including farmers, see some of the downsides of some of the practices that we do that are invisible. So, perhaps science discovers this chemical we thought was safe turns out not to be safe. Or the way we are turning over our crops has impacts on biodiversity that we didn’t know about.”

“But again,” Clark continued, “it’s the responsibility of my community, the science community, to bring those invisible but measurable discoveries into light in a conversation with farmers to reach a joint understanding of why one might want to use less of these applications and how one could use less of them while still turning out an attractive crop.”

Clark said it’s been his experience that most growers listen and try new approaches.

Clark concluded that trust between farmers, consumers, retailers, and health advocates is an all-time low. “I think  food is one of the most complicated personal issues there is. If I were trying to build trust in an arena, there’s none harder, except maybe nuclear energy, than food issues. I think we all know that we have had less dialog and more soundbite exchange, and I don’t think any side is blameless.”

“My pitch here,” Clark summarized, “is simply I don’t see how we can move forward without starting meaningful dialogues that aren’t soundbites.” Clarke wants to inspire people to ask themselves, “What am I worried about?” instead of throwing blurbs into the middle of a on-air radio conversation. He elaborated, “Whether I’m a consumer advocate, a farmer, or a retailer, ‘What am I worried about? What do I think you guys are doing that I wish you weren’t doing?’ We aren’t brain dead; we should be able to work together, as long as we can talk instead of yell.” 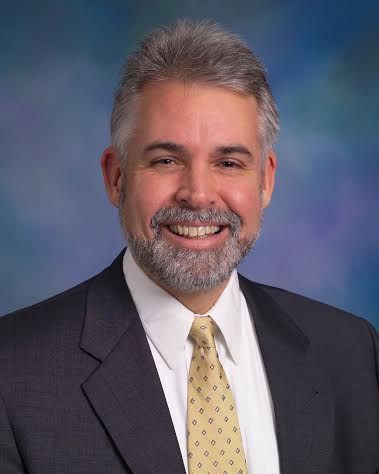 Thomas Tomich, director of the Agricultural Sustainability Institute at UC Davis, has been appointed a scientific adviser to the world’s preeminent agricultural research system, the Consultative Group on International Agricultural Research.

CGIAR is a publicly funded research consortium working in more than 100 developing countries to eliminate hunger and poverty, improve food and nutritional security, and sustainably manage natural resources. CGIAR programs around the globe focus on topics as diverse as increasing profitability for small-scale rice farmers in the Philippines and global efforts to adapt to climate change.

Tomich will be a member of CGIAR’s Independent Science and Partnership Council (ISPC), providing expert scientific advice to improve the quality, relevance, and impact of CGIAR’s research portfolio of over $1.1 billion per year.

“With this council appointment, I will stay at the cutting edge of global science on food systems and sustainable agricultural development, and bring that back to ASI and my research and teaching at UC Davis,” said Tomich, a UC Davis professor and W.K. Kellogg Endowed Chair in Sustainable Food Systems. “I hope this effort contributes to maintaining California’s leadership in agricultural science and innovation.”

Seven scientific advisers compose the Independent Science and Partnership Council representing disciplines in agriculture, environmental sciences, ecology, and economics. Council members are from Australia, Brazil, Japan, Kenya, and the United Kingdom. Tomich is the only U.S.-based member of the council.

“For half a century, CGIAR has been the single most effective use of development aid funding,” said Howard-Yana Shapiro, Chief Agricultural Officer at Mars Inc. and Chair of ASI’s External Advisory Board. “This indispensable institution has grown rapidly and is in the midst of reforming to meet huge 21st century challenges.” Shapiro currently serves on CGIAR’s midterm review panel, guiding its reform process.

“The Independent Science and Partnership Council plays a key role in ensuring scientific quality and integrity for the whole research system,” said Shapiro. “Tom is committed to the highest standards of science, and has the deep understanding of sustainability required to make transformative change at a global level. His appointment is a great opportunity to help shape the future of food on the planet and also to better link UC Davis to global agricultural research.”

Prior to his service at UC Davis, Tomich worked for the World Agroforestry Center, a CGIAR center, as principal economist and global coordinator of the ASB Partnership for the Tropical Forest Margins. He has worked in a dozen countries, including significant periods based in Egypt, Indonesia, Kenya, and now in his home state of California.

The Agricultural Sustainability Institute at UC Davis promotes the vitality of California agriculture through multidisciplinary research, education, and outreach. Formed in 2006, ASI was pivotal in developing UC Davis’ new undergraduate major in Sustainable Agriculture and Food Systems, and houses five programs, each dedicated to emerging issues in sustainability.