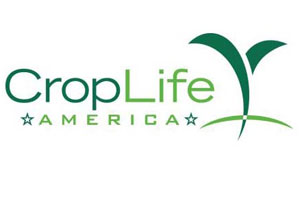 Biotechnology is Part of the Food Waste Solution

Last week, California Ag Today published an article about the food waste in America discussion held at the 2016 Maximum Residue Level (MRL) Workshop in San Francisco. Jay Vroom, CEO of CropLife America, felt the farmer’s voice was largely absent from the topic of food waste. In the second part of this series, Vroom advocates for the use of bioscience to help eliminate food waste.

According to Vroom, the most vital occurrence of food waste is in production. Consumer food waste is very high, but Vroom believes bioscience is key to keeping the statistics low in all areas of production. “The opportunities for crop protection and biotechnology span a visual that would certainly overcome food waste yield potential with biotechnology,” he said.

In addition, Vroom stated that other genetic enhancements, crop protection tools, seed bed preparation, soil health, moisture management, modern plant nutrient, fertility programs and equipment advances all underscore why farmers need to be included in the food waste discussion. “Most especially,” Vroom said agriculture community can contribute, “the miracles of precision agriculture that are out there in the hands of farmers in almost every corner of the United States today and in almost every farming system.”

The farmer’s voice, equipment and biotechnology are imperative because, “modern genetic seed advancements and breeding also generate plant material that is healthier and results in longer storability,” said Vroom. If food were to have longer storability, it wouldn’t be as much of a consumer issue.”

Vroom’s affiliates, who have surveyed the food waste landscape and uncovered results that encourage farmers to speak up, concluded, “The farmer’s voice in the food waste conversation is an opportunity that we see as wide open.”

“I think a place for us to start would be to get the facts together,” Vroom stated, “such as, ‘How much more food would be wasted if the technologies the farmers used to produce those crops today weren’t available and you would have a lot less storability, shelf life, etcetera?’”

“We know that insects, disease, weed control, regulators, fumigants, direct and indirect food waste data is out there,” Vroom said. “We need to gather that up, work together, and assemble it by crop to tell that story about the crops that are directly consumed by consumers.”

Vroom discussed food waste mostly with regard to produce; however, animals and dairy are equally important in the conversation. “Certainly  it gets a little more complicated with protein; but once again, better animal nutrition results in less food waste from meat, milk and eggs. Those are animal agriculture partnerships that we don’t often reach out to, yet another opportunity for us to be able to tell that indirect story as well,” he said.

Vroom contended there are many ways for farmers in every aspect of agriculture to “join forces, connect to the food waste and food safety debate, and to eliminate these critical issues, which certainly time to time is also front of mind for consumers and voters. And we’ve got a great story to tell,” he concluded.