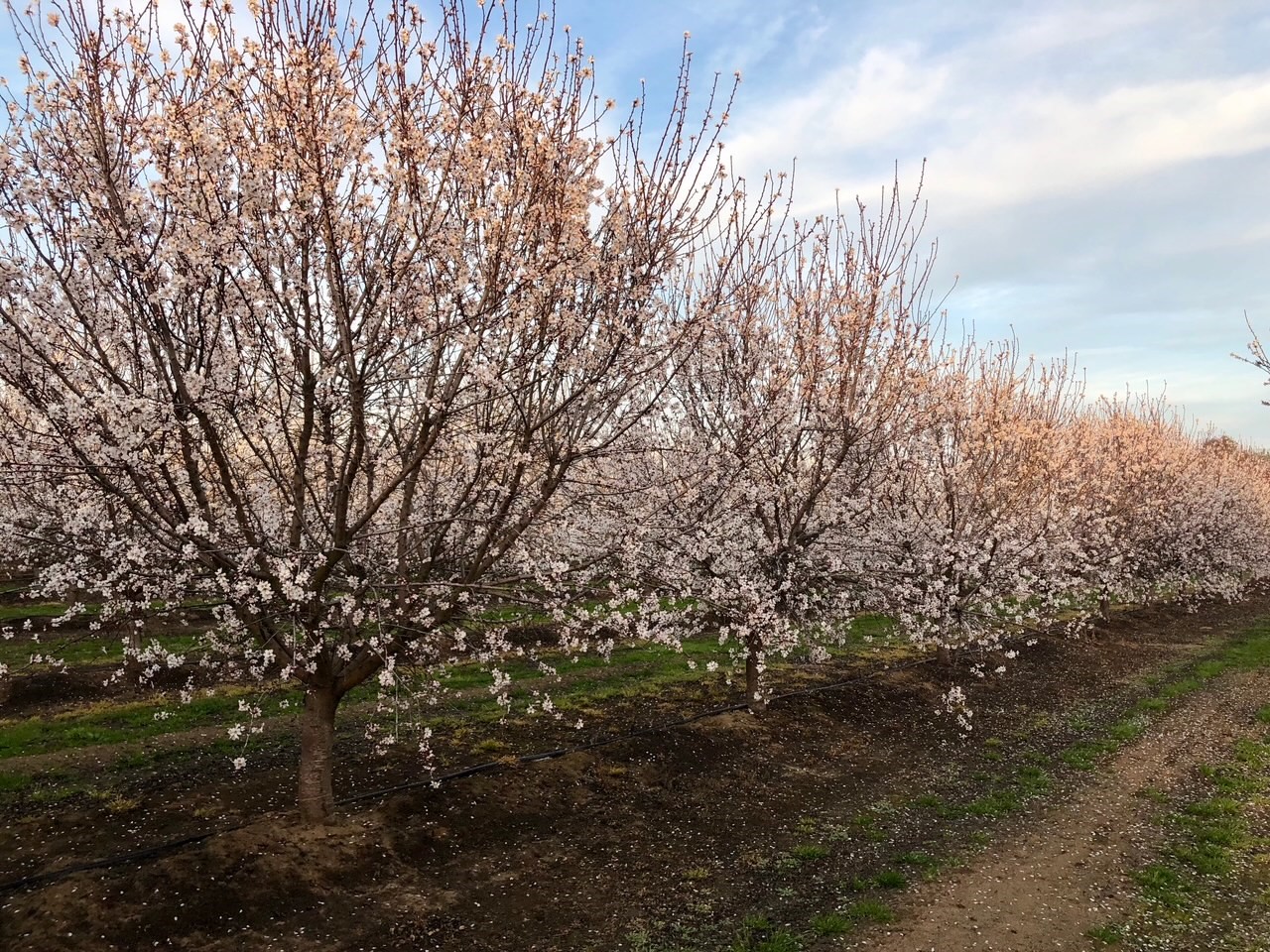 Almonds may be California’s second-largest crop, bringing in $5.62 billion in sales in 2020, but almond growers feel whipsawed by two factors over which they have no control: water and supply chains.

That’s where the Almond Alliance comes in. A trade association devoted primarily to advocacy in Sacramento and Washington, D.C., the group formed in 1980 as the Almond Huller and Processors Association, but more recently changed its name and focus, said Aubrey Bettencourt, the organization’s new president and CEO – and a third-generation farmer.

“Our mission is to be the advocacy voice for the almond community in California and protect everything we need to create a thriving almond industry,” Bettencourt said. “The Almond Board does an amazing job as the research and development and market development arm for the industry. The Almond Alliance focuses on the advocacy and policy needed to allow us to continue to grow almonds.”

“The decisions made by policy makers at the state and federal level have a profound impact on California agriculture, which is why groups like the Almond Alliance are so important,” President and CEO of American AgCredit Curt Hudnutt said. “Our charitable contributions support advocacy organizations that allow the farmer’s voice to be heard when decisions are being made.”

And there are plenty of issues affecting the almond industry.

The most recent crisis involves the worldwide supply chain breakdown. Bettencourt explained that shipping companies in China and other hubs are paying top dollar to get ships and their containers back as soon as possible to load up again after they discharge cargo in the ports of Los Angeles and Long Beach.

“It used to take a container ship 15 days to get to L.A. Now it takes 50, and the same container that was worth $30 empty now is worth $30,000, so they’re not going to Oakland to pick up ag products. Or, if they do, they’ll give us four hours to put products on the ship instead of four days,” she said.

As most almonds are exported, Bettencourt worries that California growers could suffer irreparable harm if the supply chain issues aren’t fixed. The Almond Alliance is working closely with state and federal trade officials to take action to help protect California’s market share.

“The feds can use the influence of the federal government to explore their legal and emergency authorities. For example, the authority to enforce or incentivize foreign carriers to keep their booking schedules and delivery contracts and to take and deliver sold U.S. products in a timely manner, according to contracted agreements and schedules,” she said.

The second critical issue the Almond Alliance focuses on is water. California has experienced drought conditions for all but one year since 2011, and farmers are preparing for the worst in 2022. The lack of water is forcing many almond growers to cut down trees in their prime to allow limited water allocations to be used on the remainder of their orchards. At the same time, almond growers face criticism for the amount of water the trees need.

Farm water experts say almond growers get an undeserved rap for their water usage as most tree crops need about the same amount of water. And Bettencourt points out that growers have reduced the amount of water per pound of almonds by one-third over the past 20 years and are working to reduce the amount used today by another 20 percent by the middle of the decade.

While drought is a reality, Bettencourt argues that much of the problem facing agriculture is due to abrupt changes in how the system is managed, along with a lack of investment in the water infrastructure. No new storage facilities have been built in the past 50 years, and virtually all the $2.7 billion in bond funds approved by voters in 2014 for additional water storage remain unspent.

“Instead of managing the system as part of the solution, it’s been thrown into uncertainty as a result of administrative discretion. Water should be used for environmental purposes while still providing water supplies for all users,” she said.

“The Almond Alliance will put pressure wherever possible at the state and federal level to get back to that certainty. Everyone needs to know the rules and follow them so we can have a viable agricultural community and safe and reliable water for all people.”

Due to worldwide demand, the USDA reports that 7,600 almond growers – mostly small family businesses – actively farm 1.6 million acres in California, and Bettencourt said the future is bright, so long as growers have a functioning supply chain and adequate water supplies.

“Because of its importance to California agriculture, Farm Credit supports the Almond Alliance, the Almond Board and other organizations each year,” Littlefield said. “We work hard each year to direct support to nonprofits that really do a great job in their efforts to support farming and ranching.”