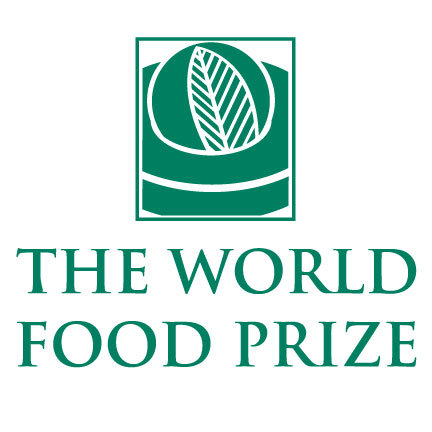 Three distinguished scientists — Marc Van Montagu of Belgium, and Americans, Mary-Dell Chilton, Founder and Distinguished Science Fellow, Syngenta Biotechnology, Inc.; and Robert T. Fraley, Executive Vice President and Chief Technology Officer, Monsanto—share the 2013 World Food Prize for their independent, individual breakthrough achievements in founding, developing, and applying modern agricultural biotechnology.
Their research, which makes it possible for farmers to grow crops with improved yields, resistance to insects and disease, and the ability to tolerate extreme variations in climate, can play a critical role as we face the global challenges of the 21st century of producing more food, in a sustainable way, while confronting an increasingly volatile climate. The pioneering work of these three contributed to the emergence of a new term, “agricultural biotechnology.”
With particular ties to California, Dr. Robert T. Fraley, conducted post-doctoral research in biophysics at the University of California-San Francisco. Fraley led the successful introduction of genetically engineered soybeans that were resistant to the herbicide glyphosate, commercially known as Roundup. When planting these “Roundup Ready” crops, a farmer was able to spray an entire field with glyphosate—and only the weeds would be eliminated, leaving the crop plants alive and thriving.
The World Food Prize is the foremost international award recognizing— without regard to race, religion, nationality, or political beliefs—the achievements of individuals who have advanced human development by improving the quality, quantity or availability of food in the world.
The Prize recognizes contributions in any field involved in the world food supply — food and agriculture science and technology, manufacturing, marketing, nutrition, economics, poverty alleviation, political leadership and the social sciences.
The World Food Prize emphasizes the importance of a nutritious and sustainable food supply for all people. By honoring those who have worked successfully toward this goal, The Prize calls attention to what has been done to improve global food security and to what can be accomplished in the future.
**************
Agriculturalist of the Year,
Fresno County
The Fresno County Farm Bureau announced that The Greater Fresno Area Chamber of Commerce and Baker, Peterson & Franklin, CPA announced that Supervisor   Phil Larson was selected as the 2013 Agriculturalist of the Year, an award given annually to individuals who exemplify leadership and integrity in the Central Valley’s agricultural business community.
Supervisor Larson, a lifelong farmer and Fresno County resident, has had a long and distinguished career with the Wilbur Ellis Company and retired in 2000. His list of community involvement is extensive and includes: President, Fresno County Farm Bureau; Charter member, California Agriculture Production Consultants; California Farm Bureau District 7 State Director; and Fresno City/County Chamber of Commerce.
**************
Baker, Peterson & Franklin Ag Business Award
The Greater Fresno Area Chamber of Commerce and Baker, Peterson & Franklin, CPA also announced Gar Tootelian, Inc., of Reedley was awarded the 2013 Baker, Peterson & Franklin Ag Business Award, an award to a for-profit service or product-related agribusiness or farming entity headquartered in the Central San Joaquin Valley whose achievements and impact have significantly contributed to the industry and the local community.
Established in 1949, Gar Tootelian, Inc. still prospers as one of California’s oldest and largest independent agricultural chemical and fertilizer retailers. Second generation and family owned, it serves over 1,400 growers from Madera to Kern County.
Gar Tootelian provides advanced, environmentally safe, bio-technology and crop services available. Crop Life magazine recognized Gar Tootelian as the largest, single location, ag retailer in the nation, and they were named in the 10 Best Companies to work for in the Central Valley by a Business Journal survey.
At the Ag Awards Luncheon on Wednesday, November 13 at Radisson Conference Center in Fresno, the Baker, Peterson & Franklin Ag Business Award and the Fresno Chamber Agriculturist of the Year Award will be presented.
Luncheon tickets are available through the Fresno Chamber of Commerce, www.fresnochamber.com, (559) 495-4800.
Source: Fresno County Farm Bureau, CA Avocado Society
**************
Award of Honor, California
Avocado Commission
At its 98th annual meeting, the California Avocado Society (CAS) presented the 2013 “Award of Honor” to California Avocado Commission (CAC) Vice President of Marketing Jan DeLyser,CAS President.
“Jan DeLyser has specifically focused on the California avocado industry for the past 15 years. Her entry into the California avocado industry came at a difficult time, when foreign imports cast an ominous shadow over our livelihoods,” said CAS President Chris Ambuul. “In just 15 years, US consumption has increased five-fold, and we are still in business. Jan hasn’t just left a mark on our industry; she is a big reason why we are all still here.”
Ambuul noted that the CAS award recognizes outstanding contribution and dedication to the California avocado industry.
The California Avocado Society came into being on May 15, 1915 to promote efficiency of production and orderly marketing toward assuring long term profitability for the business of avocado growing.